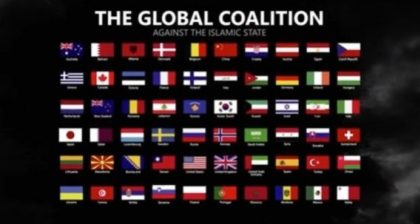 Representatives of member countries of the US-led international coalition fighting ISIS (Daesh) will meet Tuesday in Morocco’s capital city of Rabat at the level of political Directors.

The gathering confirms the key role the North African Kingdom plays in the fight against global terror and jihadists.

The Rabat meeting will be an opportunity for Coalition partners to discuss next steps to ensure ISIS is dealt an enduring defeat in Iraq and Syria and ways to accelerate the collective approach to defeat ISIS’s global ambitions.

The agenda of the meeting lays a particular focus on ISIS’s presence in Africa and includes a detailed discussion of priorities for the Coalition’s multiple lines of effort, including stabilization, foreign terrorist fighters, counterterrorism financing, and counter-messaging.

The 75-member countries of the Global Coalition against ISIS, set up in 2014, are committed to tackling ISIS on all fronts, to dismantling its networks and countering its global ambitions.

Beyond the military campaign in Iraq and Syria, the Coalition is committed to: tackling ISIS’s financing and economic infrastructure; preventing the flow of foreign terrorist fighters across borders; supporting stabilization and the restoration of essential public services to areas liberated from ISIS; and countering the group’s propaganda.

ISIS, which has dramatically undermined stability in Iraq, Syria and the broader Middle East, poses a threat to international peace and security. Its fanatics continue to commit gross, systematic abuses of human rights and violations of international law, including indiscriminate killing and deliberate targeting of civilians, mass executions and extrajudicial killings, persecution of individuals and entire communities on the basis of their identity, kidnapping of civilians, forced displacement of Shia communities and minority groups, killing and maiming of children, rape and other forms of sexual violence, along with numerous other atrocities.

ISIS, which presents a global terrorist threat, had recruited thousands of foreign fighters to Iraq and Syria from across the globe and leveraged technology to spread its violent extremist ideology and to incite terrorist acts.

According to UN Security Council Resolution 2170, “terrorism can only be defeated by a sustained and comprehensive approach involving the active participation and collaboration of all States… which is why our first priority is to encourage others to join in this important endeavor.”