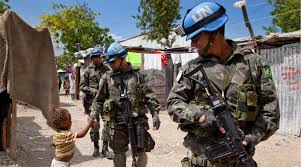 A two-day international conference opened this Monday in Rabat, Morocco’s capital, to discuss various issues related to the trends and the major challenges facing peacekeeping operations in the African continent.

Organized by the Moroccan Think-Thank OCP Policy Center, the event brings together a hundred of participants including senior military officers, law experts, university professors and representatives of international organizations.

According to experts, peacekeeping suffers from a wide variety of challenges, both political and legal, along with the complexity of operational environments, the intrusion of the asymmetric threat (terrorist acts and organized crime), as well as weakness in terms of human and material resources. This also comes in an international context marked by budget restrictions and declining enrollment.

UN peacekeeping missions play an important role worldwide, especially in hot spots. Peacekeeping is also part of the foreign policy instruments through which States and international organizations, including the African Union (AU) and the European Union (EU), commit themselves to the international community.

In Morocco, the contribution to the Peacekeeping operation is a constant of the country’s foreign policy. The North African kingdom has participated, since the Congolese crisis in 1960, in a dozen operations either under the aegis of the UN or in support of NATO and the EU, which makes it a constant contributor in the concert of nations.

For its part, the AU seems to be engaged in a process of ownership of peacekeeping mechanisms in Africa, through the strengthening of its autonomy and the establishment of a common framework with the UN and the EU.

The OCP Policy Center conference is an opportunity for decision-makers, military strategists and analysts to discuss the prospects and opportunities of the “spectrum of peace and security”, ranging from prevention to stabilization by exploring ways for effective protection of vulnerable people.