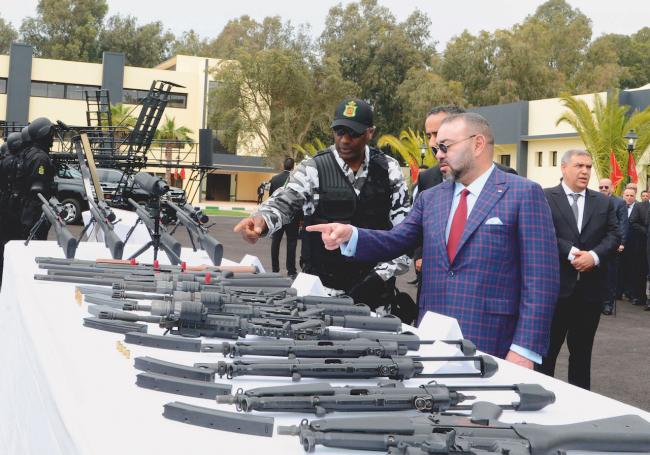 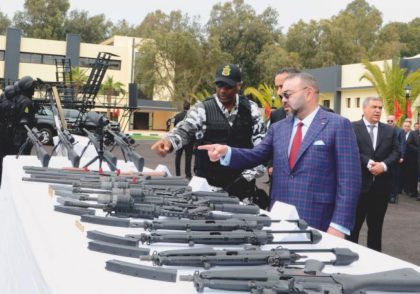 French weekly magazine «Valeurs actuelles» published in its latest release a dossier on Morocco’s counterterrorism strategy, depicting the dual dimension of this roadmap based on the religious and security aspects.

Morocco’s fight against the terrorist threat starts by the fight against extremist ideas on a daily basis and anticipation of any terror acts through the deployment of a security arsenal that is now cited as an example to follow, even in the Western world, writes the weekly.

As an evidence that this strategy is paying off, the weekly notes that there have been no terror attacks in Morocco since 2011, when the Argana coffee in Marrakech was targeted by a terrorist. It recalled that since March 2015, Morocco dismantled more than 53 terrorist cells and arrested 815 people, among whom there were 100 returning home after fighting in the ranks of the Islamic State (87 from Syria, 13 from Libya).

Morocco has not been destabilized by the Arab Spring that swept over its neighbors and prevented the advance of radical Islam and new attacks, states the magazine.

Yet, the essential element of this daily struggle against the terrorist threat is intelligence, «Valeurs actuelles» notes, adding that the whole Moroccan security apparatus has been transformed. Immediately after the Marrakesh attack, reforms gave powers of a judicial police officer to all officials of the Directorate General of Territorial Surveillance (DGST), headed by Abdellatif Hammouchi.

The weekly, which describes Hammouchi as “brilliant”, recalls that he was appointed to this position at the age of 39 and that this specialist in radical Islam undertook “a great cleansing operation” and an overhaul of his department. “He opens the doors, trains, modernizes, brings in foreign delegations and signs partnerships with major European and American agencies”.

The weekly also credits the positive results of Morocco’s counterterrorism policy to anticipation adopted by the BCIJ (Le Bureau Central d’Investigation judiciaire), an elite unit made up of 400 investigators and 700 police officers, called Morocco’s FBI.

Head of BECIJ Abdelhak Khiame told the weekly that his department relies on the internal intelligence service, the DGST, which tips the BCIJ before the terror cells enter into action.

Everything is de-compartmentalized and open, he explained, adding that information from the field is cross-checked with analysis or shared information, including with other countries. From the most local to the most remote, it is possible to prevent potential terrorists, he said.

The fight against extremist ideas is another weapon used by Morocco in its counterterrorism endeavors, where the training of imams holds a prominent place, the weekly underscored. The Imams are trained and graduate at the Rabat-based Mohammed VI Institute for the Training of Imams, that was erected in 2015 for an investment of €22 million.

The students, including women who will serve as mourchidate (religious councillors), take thirty hours of lessons per week, from sharia to human sciences or communication, compulsory sports practice…The model seduces. “Guinea, Chad, Nigeria, Gabon, Gambia, Senegal and even … France send young people every year to be trained in the Institute,” the French weekly stated further, pointing out that radical Salafism is not allowed in the 50,000 mosques of the Kingdom.

The weekly also mentioned the Rabita Mohammedia of the Ulemas, which has become, the publication noted, “a genuine think tank and an agency spreading moderate ideas”. It hosts 36 websites, online video games and distributes hundreds of thousands of comic books, meant to counter extremist religious discourse, mainly that of the Islamic State. Dozens of psychologists and engineers have designed these programs carefully and accurately to deconstruct the mechanism of radicalization, the weekly noted, adding that tThese experts also intervene in prisons to push extremist and terrorist inmates to reconsider their views on Jihad.

The weekly hailed Morocco’s success in reforming the religious framework and upgrading its counterterrorism system, suggesting that France should be inspired by this model.