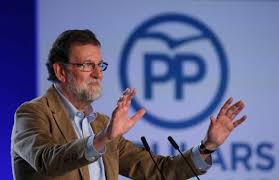 The Spanish Parliament has rejected a draft bill that sought to undermine Morocco’s interests thanks to a block vote of the ruling People’s Party Mps.

The Spanish People’s Party of Mariano Rajoy has opposed the draft bill tabled by the deputies of the extreme left, Podemos, and those of the Catalan republican left, ERC, which was meant to harm Morocco’s interests, reports Assabah daily in its weekend issue (May 12 & 13).
The draft bill authors wanted to condition the Morocco-European Union negotiations on the fisheries agreement with Morocco’s consent to a “peaceful solution of the Sahara conflict under the UN process,” writes the Moroccan daily newspaper.

According to the official Spanish news agency EFE, the PP deputies in the Parliament’s first Chamber rejected in a block vote the draft, tabled and supported by the two pro-Polisario parties, while the other parties abstained in the vote, the newspaper added.

This is not the first time that the two far-leftist groups have taken such an initiative. Over a year ago, the Spanish Senate had rejected a motion of the ERC calling on the central government to officially recognize the pseudo-SADR. The Senate Foreign Affairs Committee turned down the motion after the PP deputies opposed it. The ERC, Podemos and the Basque Nationalist Party (PNV) all together could not impose their draft, the daily recalled.

Regarding the fisheries negotiations, Assabah noted that the Spanish government is keen on renewing the Morocco-EU fisheries agreement, which expires on July 14. The agreement allows European vessels, most of them flying the Spanish flag, to continue fishing in the Moroccan territorial waters. Spain also rejects the Polisario thesis, which is based on a biased interpretation of the judgment of the European Court of Justice.

Yet, the daily added, PP Senator Clara San Damian explained that the rejection of the draft bill is based on “political considerations that have nothing to do with the fisheries agreement”. She stressed that the Moroccan Sahara issue will have to be settled within the framework of the UN and that the fishing agreement is “in full compliance with international law”.

For the daily, the decision of the Spanish Parliament reinforces the action of the European Commission, which has recently started new negotiations with Morocco on technical aspects of the fisheries agreement protocol.

North Africa Post's news desk is composed of journalists and editors, who are constantly working to provide new and accurate stories to NAP readers.
NEWER POSTMorocco Third Largest Investor in Côte d’Ivoire in Five Years
OLDER POSTPassenger Planes Could be Downed by Hezbollah-Supplied Missiles to Polisario