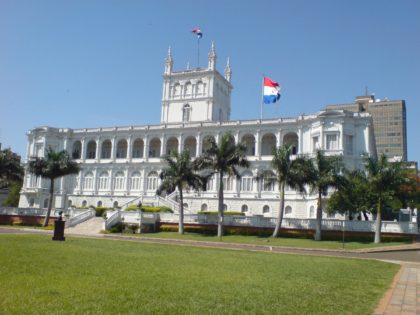 One after the other, Latin American countries rally the rank of supporters of Morocco’s territorial integrity. After Chile, Argentina, Colombia and Brazil to mention but a few, came the turn of Paraguay whose MPs unanimously adopted a resolution backing Morocco’s autonomy initiative to end the Sahara conflict.

The resolution expresses support for Morocco’s autonomy initiative, which reflects the serious and credible efforts to prepare conditions propitious for finding a politically acceptable solution to the long-lasting regional dispute.

The Paraguayan Parliament welcomed the efforts deployed by Morocco and its commitment to back the UN process aiming to find a political, peaceful, fair and lasting solution to the Sahara conflict.

The MPs also voiced support for the efforts undertaken by the UN Secretary General and his personal envoy to settle the dispute. They stressed the need for neighboring countries to contribute to settle the stalemate over the Moroccan Sahara.

The Paraguayan MPs echoed the concerns of the UN Security Council regarding the inhuman conditions suffered by the population held against their will in the Polisairo-run Tindouf camps in the Algerian territory.

In this regards, they urged Algeria to enable a head-count of the camps’ population and to alleviate their suffering under the yoke of the Polisario militias.