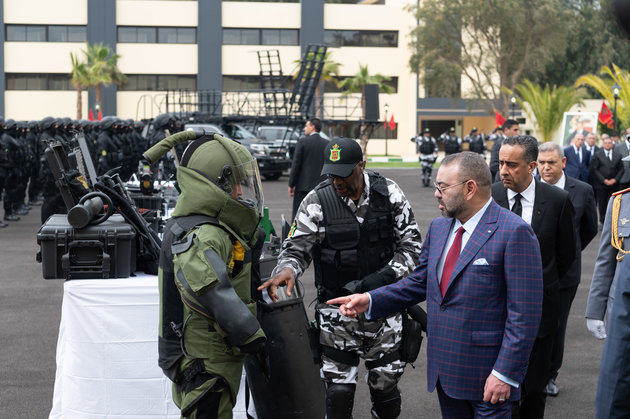 Morocco Endeavors to Bolster Training of its Intelligence Officers 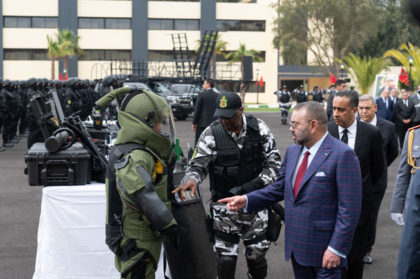 The Specialized Training Institute, set up part of the development of the intelligence training system, is an integrated security complex, built over 35,000 square meters.

It feature a conference hall, 12 classrooms, a foreign languages teaching laboratory, a library, in addition to infrastructure for trainers and administrative staff, housing accommodations, and leisure facilities.

The complex also has an armory that meets the required standards for sensitive security buildings, an ammunition warehouse, a shooting range, and a jumping course for the exercises and endurance training.

Part of Morocco’s unfailing commitment to South-South cooperation, the institute reserves a residence wing for nationals of sisterly and friendly countries, particularly African countries, who are welcome to benefit from the advanced training in intelligence matters dispensed by the institute.

During the visit to the headquarters of the DGST, the Monarch heard explanations on the new infrastructures set up in line with the royal vision to modernize the public security service and consolidate the principles of the new security governance, including the Central Office of Judicial Investigations (BCIJ).

The BCIJ, which enjoys national territorial jurisdiction, deals exclusively with the crimes and cases provided for in Article 108 of the Code of Criminal Procedure, such as terrorism and crimes against state security, criminal networks, assassination and poisoning, kidnapping and hostage taking and drug, psychotropic substances and weapons trafficking.

The monarch also inquired about the units of the Rapid Response Task Force and reviewed the equipment, vehicles, and logistics used in security operations to foil the dangers of terrorist threats and other forms of organized crime, including cross-border crime.

He was also briefed about the activities of the central directorates of operations, particularly those responsible for combating extremism, terrorism and the various forms of organized crime. He heard explanations on the work methodologies and investigation techniques, which make it possible to establish peace in its broadest conception, to anticipate the dangers and to face the challenges, which threaten the security of the Kingdom and the citizens.

During the visit, King Mohammed VI expressed thanks to the DGST members for “the tireless efforts and considerable sacrifices made by the members of this security institution, to guarantee citizens’ peace and security, to protect their property and to preserve peace, stability and public safety”.

The King also commended the spirit of mobilization, vigilance, and resolve shown by the DGST members in order to anticipate and defeat all terrorist and criminal conspiracies against the country.

The monarch’s visit translated his resolve to provide the security body with all necessary means to fulfill its national and professional mission.