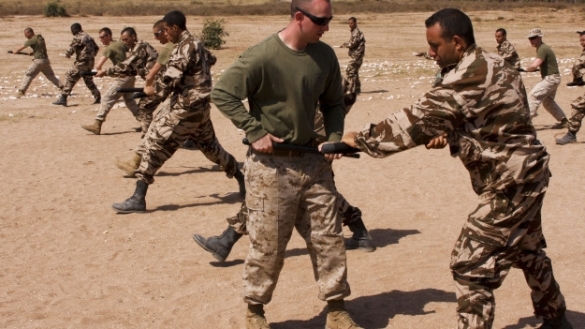 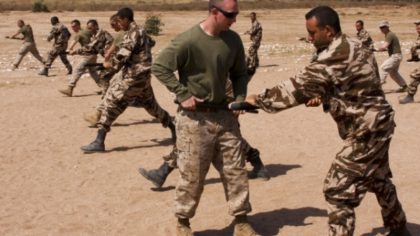 A high-level delegation from the Royal Armed Forces and the Ministry of Foreign Affairs is taking part in the sixth Africa Land Forces Summit meeting in Abuja devoted to discussing the fight against terrorism.

The sixth Africa Land Forces Summit meeting, co-organized by the US Africa Command (AFRICOM) and Nigeria, started proceedings Monday with the participation of fifty countries from Africa, Europe and the Americas.

The Moroccan delegation is scheduled to make a presentation on the protection of civilian populations in the context of peacekeeping operations. The FAR have acquired a great experience in this area because of their participation in peacekeeping forces under the auspices of the United Nations.

Boko Haram in Nigeria and Cameroon, the Islamic State group in the Sahel region and al-Shabaab in Somalia are all on the agenda of this Summit in Nigeria’s capital, Abuja, to run until April 19. Military leaders from almost all African nations are participating, including top brass from Angola, Cameroon, Egypt, Kenya and Rwanda.

The initiative, intended to support African defense forces in their fight against Islamist insurgency, began under former US president Barack Obama in 2010.

Since then the US has continued to increase its military presence on the African continent.

Meanwhile, Exercise Flintlock 2018 is held in Niger, Burkina Faso, and Senegal April 11 to 20 with the participation of approximately 1,900 service members from more than 20 African and Western partner nations.

Flintlock, an annual exercise since 2005, is also part of international efforts to combat violent extremist groups roaming in the region.

North Africa Post's news desk is composed of journalists and editors, who are constantly working to provide new and accurate stories to NAP readers.
NEWER POSTMorocco Hands British Bitcoin Fraudster to the US
OLDER POSTEU to Open Talks with Morocco on New Fisheries Deal Including Sahara