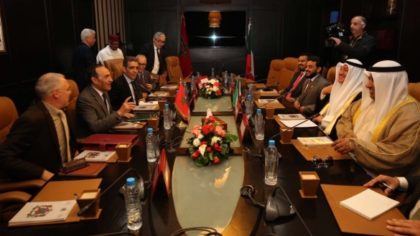 The Chairman of the Morocco-Kuwait Parliamentary Friendship Group, Askar Aouid Al-Anzi, reiterated his country’s support for the territorial integrity of Morocco.

This came at a meeting he held this Friday in Rabat with the Speaker of the House of Representatives, Habib El Malki.

According to a statement released by the lower house of the Moroccan Parliament, Askar Aouid Al-Anzi highlighted the excellent relations between Morocco and Kuwait, and underscored that his country “supports the territorial integrity of Morocco”.

During the meeting that explored ways to develop cooperation between the two countries in various fields, the chairman of the Kuwait-Morocco parliamentary friendship group recalled that Kuwait has invested in the Kingdom a billion dollars in recent years, and is keen on bolstering its investments in various sectors.

Habib El Malki, who recalled, for his part, that the two countries share the same values of tolerance, openness and democracy, asserted that “the Moroccan people are committed to defend the supreme interests of Kuwait”.

The House Speaker invited Kuwait to invest more in Morocco, especially since there are “important opportunities” in the Kingdom, the statement said.