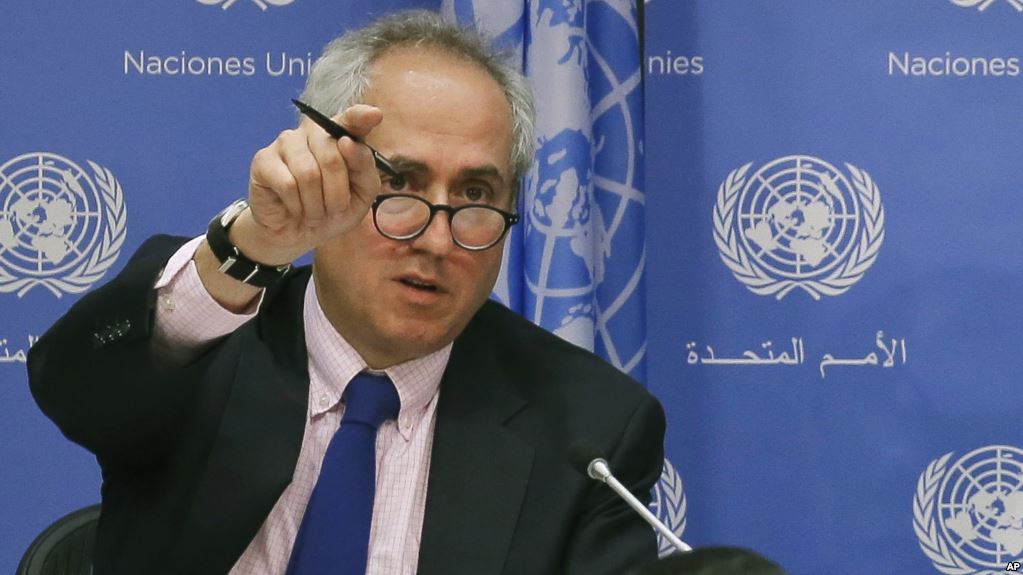 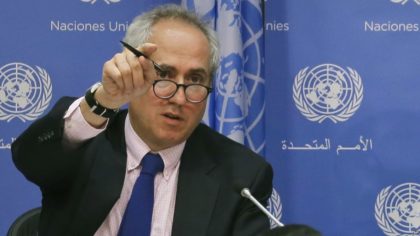 The UN has refuted Morocco’s protests that the Polisario has conducted incursions in the buffer zone east of the security wall at a moment the Polisario, through its officials and media outlets, has admitted moving militiamen to the demilitarized area.

UN spokesperson Stephane Dujarric told reporters in New York that the MINURSO had “not observed any movement of military elements in the northeast territory,” adding that “the MINURSO continues to monitor the situation closely.”

Dujarric’s statements stand in stark contrast to what has been admitted by Polisario officials and propaganda outlets that continue to speak of deployment of militiamen to various localities in the buffer zone.

Dujarric statements, which verge on condoning Polisario’s violations of the ceasefire agreement, were lacking in proof.

On December 27, 2017, the Algerian state TV channel broadcasted images of Polisario militiamen parading in the locality of Agouinit in the demilitarized zone monitored by the MINURSO. The UN mission did not denounce such an activity that if it had not been for Moroccan restraint could have caused direct confrontation.

The MINURSO should pull its head from the sand and assume its role in monitoring the ceasefire agreement. Otherwise, its laxity will embolden the Polisario to carry on breaching the ceasefire triggering a Moroccan response that may end any prospects for a political solution.