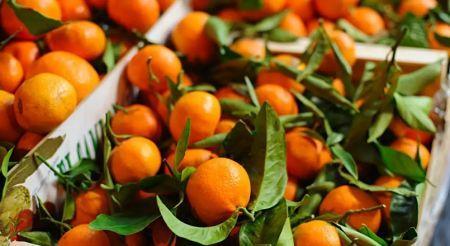 Around 40 pc of Morocco’s Citrus Output Exported to EU 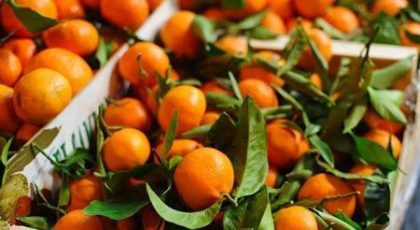 Around 40 pc of Morocco’s citrus production are exported to the EU, Morocco’s major trade partner, with 30-35 pc going to Russia and a further 15-17 pc to North America, while the local market absorbs 70 pc of the output.

The Moroccan citrus industry is expected to produce 2.4 million metric tons (MT) during the season running from October to June, compared to 2.33 million MT in the previous campaign, according to professionals.

In November last year, the Citrus Growers Association said high temperatures would result in a 15-20 pc crop reduction to around 2 million MT.

According to professionals, Moroccan citrus production is expected to see a slight year-on-year rise during the current season despite concerns that excessively hot weather late last year would affect the output.

The Citrus Growers Association, which said that the national production and exports are facing tough competition in the EU market, is pinning high hopes on the development of African and Asian markets to compensate slowing exports to the EU.

The huge increase in Morocco’s citrus production in the 2016–17 season has been very problematic. Due to a lack of sufficient and modern packinghouses and cold-storage facilities, many farmers had to dump their products in markets, causing local citrus prices to drop to the lowest levels. Because of low citrus prices in the local markets, some livestock farmers were feeding their animals with citrus fruits.

Currently, Morocco has 53 commercially viable citrus packing facilities, with a total maximum capacity of 850,000 MT — about one third of the country’s production. The Moroccan Association of Citrus Packers has called for an assessment of needs to restructure/upgrade the current handling and packing sector that will include building new packinghouses and cold-storage facilities to be able to handle fast-growing production.

This situation has created excellent opportunities for foreign traders and investors. Opportunities include exploring the potential of investing in building new citrus packing facilities, entering in partnership with existing packing facilities to improve their management efficiency, or establishing trade ties and import agreements with major Moroccan citrus companies.