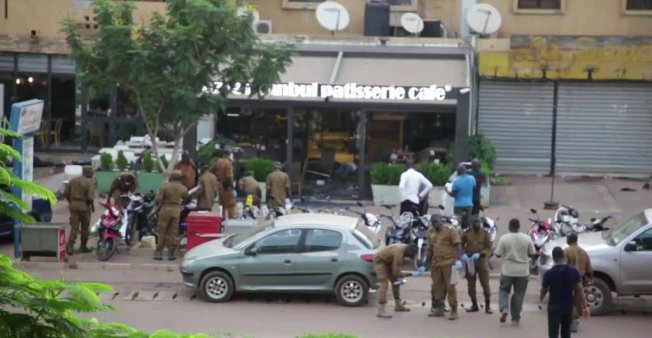 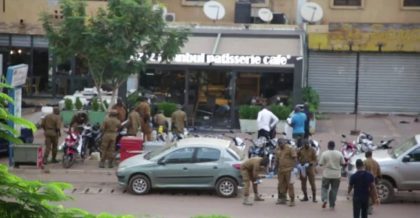 An alliance of terrorist groups loyal to Al-Qaeda and led by Malian Jihadist Iyad Ag Ghali claimed responsibility for the simultaneous attacks on the military headquarters of Burkina Faso and the French Embassy in Ouagadougou.

The group said that the attack is a retaliation against France, which has launched an operation against terrorists in northern Mali.

Eight armed forces personnel were killed in the terrorist attack, while a French security source said 12 more were seriously injured.

Eight attackers were also killed and 80 people, including civilians, were wounded, officials said.

The government said the attack on the military HQ was a suicide car bombing and that a regional antiterrorism meeting may have been the intended target.

Four terrorist groups operating in the Sahel announced their merger into one group “Jamaât Nasr Al islam wa Al mouminin” (Group for the Defense of Islam and the Muslims) and pledged allegiance to Al Qaeda and its Jordanian leader Azarkawi in March 2017.

Regional experts explained that the unification of the four groups under the banner of Al Qaeda was in response to the rise of Daech (IS) in Libya and a fear of being overshadowed by it, notably after leaders of the Unity and Jihad in West Africa (known as MUJAO) broke away with AL Qaeda to join IS in 2015.