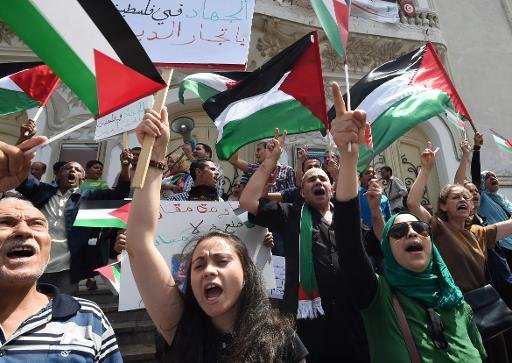 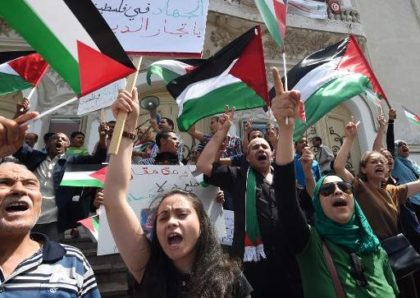 Several political parties and groups from the civil society Sunday staged a protest march in capital Tunis, calling for the adoption of a bill criminalizing normalization of ties with Israel.

The protest was organized by the National Coordination Committee for the Criminalization of Normalization with the Israeli Occupation.

According to Middle East Monitor (MEMO), some 12 parties, NGOs and associations from all governorates of the North African country participated in the march.

The participants called for the enactment of a law criminalizing the normalization of ties between Tunisia and Israel.

Tunisia, like most Arab countries, has no official diplomatic ties with Israel and the public opinion is pro-Palestinian.

The parliament is expected to vote this week a draft proposed by some parties, including left-wing opposition parties, criminalizing normalization of ties with Israel.

Last week, MP Ammar Amroussia ripped up the Israeli flag after the parliament indefinitely delayed the debate on the draft bill.

According to press reports, the bill did not get the endorsement from President Caid Essebsi.

The protestors on Sunday also condemned US President Donald Trump’s decision to declare Jerusalem capital of Israel and his plans to move the US embassy from Tel Aviv to the holy city.