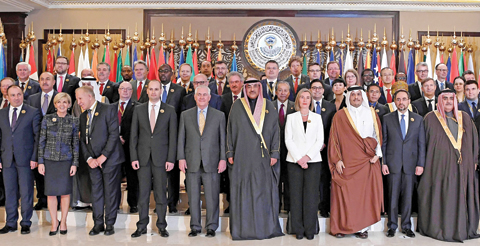 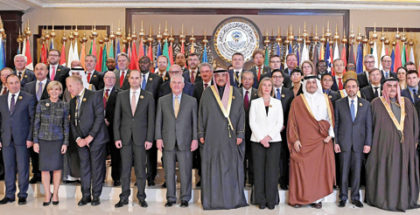 The Global Coalition to Defeat IS (Daesh) has so far concentrated its efforts on crushing the terrorist organization in its Syrian and Iraqi strongholds. In view of the setbacks ensued by the terrorist group many of its fighters and leaders are retreating to safe havens in Africa where IS already has branches and allies among extremist groups and criminal networks.

Speaking at the ministerial meeting of the Global Coalition against Daesh, held Tuesday in Kuwait, Morocco’s Foreign Minister Nasser Bourita drew attention to the growing terrorist threat in Africa in light of the return of foreign fighters from the ranks of Daesh and their connivance with criminal networks.

He urged the Global Coalition to bring support to African efforts aiming at countering the terrorist threat at the military security and ideological levels.

In this respect, he called on the Coalition to elaborate a road map taking into account the realities on the ground and offering adequate responses to the challenges of countering terrorism in the continent at all levels.

The meeting was also an occasion to highlight Morocco’s commitment to international efforts to combat terrorism, a threat that requires “a comprehensive, cooperative and united approach to all levels,” said Nasser Bourita.

“Morocco, which shares the goals of the Coalition, is working at all levels to bring about an international response commensurate with the threat ahead,” he said.

Bourita also welcomed the intention of the Coalition to mobilize all available levers to combat this entity, beyond the Syrian-Iraqi zone.

On the same occasion, Bourita shed light on the success of Morocco’s multi-layered counterterrorism strategy, which combines soft and hard power. This strategy has a pro-active approach enabling pre-emptive actions that led to the dismantling of terrorist cells before they moved to action, he said, noting the effort undertaken at the legal and security level to curb the recruitment of Moroccan foreign fighters by the terrorist organization.

Bourita also highlighted Morocco’s contribution to international counter-terrorism efforts, mentioning in particular the Kingdom’s co-chairmanship with the Netherlands of the Global Counter-Terrorism Forum (GCTF), which has 30 of the most internationally active members in the fight against terrorism.

Combating Daesh, said Bourita, also hinges on depriving its fighters from the freedom of movement and drying up any source of potential funding.

The Coalition’s 74 members are committed to tackling Daesh on all fronts, to dismantling its networks and countering its global ambitions. Beyond the military campaign in Iraq and Syria, the Coalition is committed to: tackling Daesh’s financing and economic infrastructure; preventing the flow of foreign terrorist fighters across borders; supporting stabilization and the restoration of essential public services to areas liberated from Daesh; and countering the group’s propaganda.