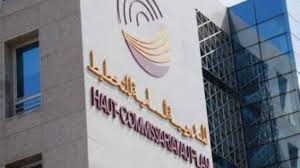 According to Morocco’s statistics office, the distribution of this volume of employments showed that 55,000 jobs benefitted men and 31,000 jobs women.

The services sector, on the other hand, created 26,000 jobs. The construction sector has seen the creation of 11,000 new jobs followed by the industrial sector with 7,000 jobs.

The office notes, moreover, that the situation of the labor market in Morocco was marked, in 2017, by the persistence of a downward trend in the activity rate (ratio between the number of active persons – employed and unemployed – and the corresponding population as a whole), as well as the employment rate (proportion of employed persons among those of working age – 15 to 64).

The Morocco Country Economic Memorandum 2017 indicated that the North African nation has an opportunity in the years ahead to boost economic growth and job creation, especially for young people, by investing in its human capital, modernizing the economy and improving the performance of public institutions.

The comprehensive WB memorandum assessed Morocco’s recent economic performance and its prospects for growth over the next two decades.