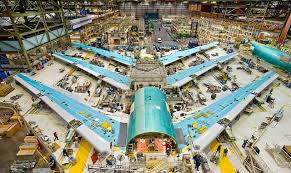 French aircraft and service maker, Daher, has opened its new plant in Tangier, expanding its production operations in the North African nation.

The new site strengthens the company’s position in Morocco as an aircraft manufacturer, equipment supplier and service provider. It follows a first site in Tangier in 2001 and a second in Casablanca in 2007.

The new plant sits just 500 meters from the first facility, in the Tangier Free Zone, near the airport. It will support the ramp-up in production for international aerospace programs partnered by Daher and provide a platform to meet better the needs of customers like Airbus Commercial Aircraft, Airbus Helicopters and Dassault.

The site represents an investment of more than €15 million as part of Daher’s ongoing development in Morocco, which has a booming aerospace ecosystem. The site spans around 10,000 m2, giving Daher a total of 30,000 m2 of production facilities in the country. The new plant will eventually employ more than 250 people, adding to the 550-strong workforce at the other two sites.

“Our business development policy also provides support for our employees in the country, who benefit from a program to build skills and provide training in Daher quality and safety”, he added.

Production at the new Tangier plant began in Q3 2017 and covers Daher’s full range of aerospace expertise in metal and composite structures and parts for the aircraft engine environment.

Morocco’s aeronautic industry continues to attract foreign investment and gain trust of giant manufacturers. The sector is growing rapidly thanks to incentives granted by the North African country to investors, proximity to Europe, low labor costs, stability and political will to make this sector a driving force of economic growth and development.

The aeronautic industry in Morocco, which employs 11,500 people and achieved last year exports worth $1bn, has been growing at 15 per cent a year.

Its goal is to reach 23,000 jobs by 2020, increase exports to $1.6bn per year and increase to 35 per cent the proportion of locally-produced or assembled components.