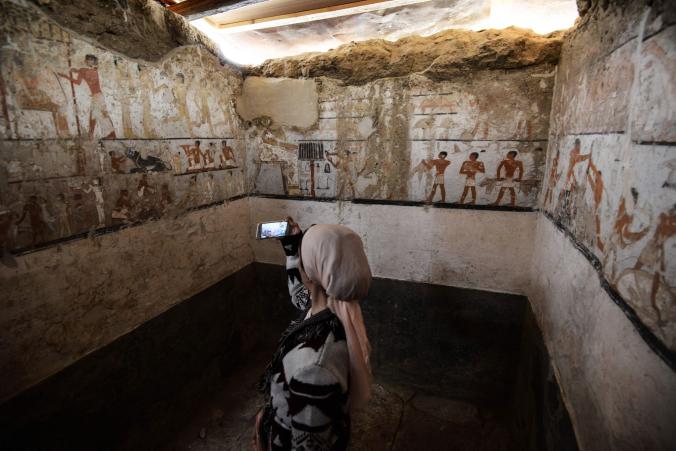 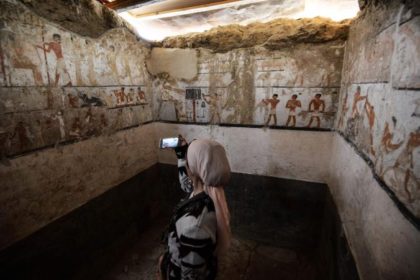 The tomb was found in a wider area of Giza’s western necropolis, which is known to be home to tombs from the Old Kingdom.

It likely belonged to a woman known as Hetpet, who archaeologists believe was close to ancient Egyptian royals of the 5th Dynasty

The tomb is decorated with remarkably preserved paintings, including Hetpet in hunting and fishing scenes and depictions of people melting metal, making leather goods, and dancing.

Hetpet lived during Egypt’s Fifth Dynasty, part of a prosperous era known as the Old Kingdom. This was Egypt’s great age of pyramid-building, when pharaohs ruled and built scores of temples and palaces.

North Africa Post's news desk is composed of journalists and editors, who are constantly working to provide new and accurate stories to NAP readers.
NEWER POSTAlgeria Grappled with Social Unrest
OLDER POSTChatham House Expects 2018 to be a Year of ‘Civil Unrest’ for MENA Region