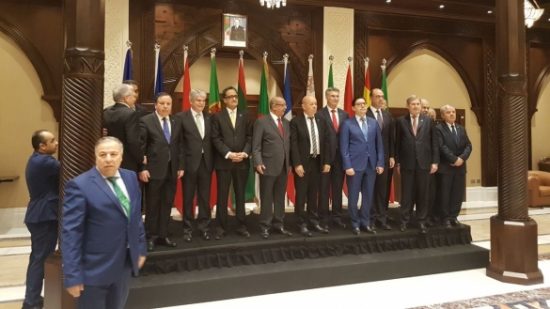 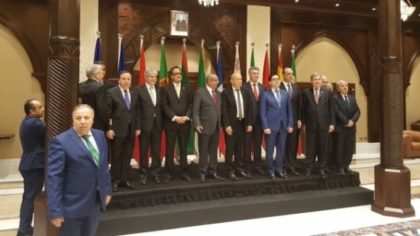 Despite the verbal attacks by Algerian senior officials on Rabat lately, Morocco’s Foreign Minister Nasser Bourita has attended the Western Mediterranean Forum, 5+5, where he delivered an address on neighborliness as a lever for stability.

The Moroccan Foreign Minister’s attendance was subject of much speculations in the Algerian press with commentators going as far as accusing Morocco of sabotaging the West Mediterranean forum.

The attendance of Bourita of such a high-level meeting, bringing together peers from Portugal, Spain, France, Malta and Italy as well as Algeria, Tunisia, Libya and Mauritania, is reflective of a Moroccan diplomacy that does not fall in the trap of provocation.

The visit comes three months after Algeria’s Foreign Minister Abdelkader Messahel accused Moroccan banks in one of his blunders of laundering cannabis money, while claiming that Morocco’s flag carrier (RAM) “carries other things than human beings” in an allusion to drugs. Few days ago, Algeria’s Prime Minister Ahmed Ouyahya accused Morocco in two public meetings of dumping Algeria with cannabis.

Though he was seen holding hands with Algerian peer who offered him a cordial welcome, the Moroccan Foreign Minister delivered stringent criticism of Algeria’s foreign policy in the region, yet without naming it. He said that neighborliness is the basis of stability in the West Mediterranean.

“The stability of our region is fundamental and very precious for testing its solidity. Such a stability will never be fostered by verbal blunders,” said the Moroccan official, adding that “regional cooperation can never be built by irresponsible accusations.”

“Neighborliness is a principle, a value and a commitment for states,” he underscored, saying that “stability is incompatible with irresponsible acts” before borrowing the phrase uttered by the Algerian Foreign Minister when he accused Morocco of exporting cannabis saying “and this is a known fact for everybody.”

Bourita also reiterated Morocco’s commitment regarding stability in the West Mediterranean and stressed the need for regional integration between the north and southern shores of the Mediterranean. He also deplored that while the economies in the north shore of the Mediterranean show an economic integration rate of about 70%, the Maghreb remains one of the least integrated regions in the globe with less than 5%, noting the obstacles created by border closer in North Africa.

The meeting was also an opportunity to highlight Morocco’s African policy, notably its leadership on the issue of migration, as well as the need to offer the Mediterranean youth more say.

In this respect, Bourita submitted Morocco’s proposal to organize a 5+5 ministerial conference dedicated to elaborating a youth agenda for youth.