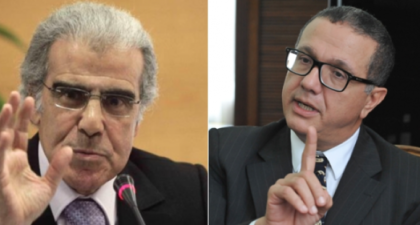 Almost one week after the launch of the Dirham float, head of Morocco’s central bank, Abdellatif Jouahri, and Economy and Finance Minister, Mohammed Boussaid, reassured that the flexible exchange rate will not lead to price hikes.

Speaking at a joint session of the two houses of Parliament, the two officials offered briefings on the launch of the flexible exchange rate, which started on Monday with an anchor of 2.5% instead of 0.3%, while fixing the Dirham exchange rate via a peg that is 60 percent weighted to the Euro and 40 percent to the Dollar.

This reform of the exchange system is “a step forward that aims at strengthening Morocco’s economy at the international level, builds on macro-economic achievements and sector-based reforms and boosts the openness of Morocco’s economy,” said Boussaid.

“Three days after the launch of this reform, the market is performing normally and there is no impact on exchange rates,” said Jouahri, noting that fluctuations are limited to 0.3% despite widening the anchor to 2.5%.

He added that the Dirham devaluation will not exceed 2.5%, and that the impact of the flexible exchange rate on growth is estimated at 0.2 points. Inflation will increase by 0.4 point to 1.9%, he said.

Yet, both the Central Bank and the Economy and Finance Ministry pointed to the impact of the slight Dirham devaluation on fuel prices. A devaluation of 2.5% of the dirham against the dollar resulted in a rise of gasoline prices by 1.6%.

The floating of the pegged dirham was encouraged by the IMF, which sees in a more flexible exchange regime a move to strengthen the competitiveness of the Moroccan economy and its resilience against external shocks.

This cautious and gradual approach will enable the Moroccan economy to wither the risks of a hastened Dirham float and the potential devaluation that may ensue.

Morocco has undertaken reforms to strengthen public finances by maintaining inflation under control and ending subsidies for fuel as well as curbing public sector employment. These measures reduced significantly the country’s resort to foreign debt of which 75% is in Euro.