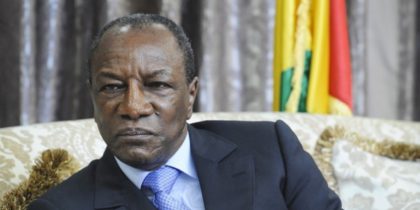 President Alpha Condé has recalled Guinea’s Ambassador in Algiers in protest over the inhuman treatment endured by Sub-Saharan migrants in Algeria.

The decision by Condé, who is also Chairman of the African Union, will draw attention to the double speak of Algeria, which aspires to have a voice in Africa while mistreating Africans on its soil.

Guinean news outlets were all unanimous in citing the inhuman treatment by Algerian authorities to African migrants as a cause for the deterioration of relations between the two countries.

Guinean websites are awash with abhorrent stories by migrants who were abandoned in Algeria after being taken Manu military to the borders with Niger.

Algerian officials, including the Prime Minister, have uttered irresponsible statements blaming the economic hardships in Algeria on migrants. A close advisor to ailing President Boutefliqua went as far as accusing Sub-Saharan migrants of spreading diseases and HIV in Algeria.