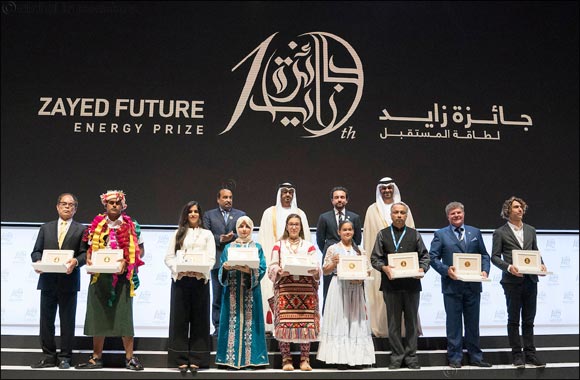 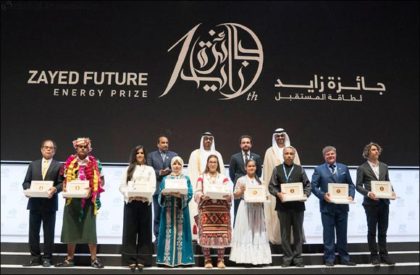 Moroccan Aouda Saadia high school of Marrakech, representing Africa, has been awarded Zayed Future Prize 2018 for its ecologic drive and green project encouraging use of renewables.

The award was handed over by Sheikh Mohammed bin Zayed, Crown Prince of Abu Dhabi and Deputy Supreme Commander of the UAE Armed Forces, to Fatima Kander, teacher at the Moroccan school.

It is a pilot girls’ school of students from modest families of artisans and farmers. The school plans to add solar water heaters, photovoltaic panels and LED light bulbs to reduce the energy use of the school and provide hot showers.

The project management team says floor lamps will be installed to light the school at night, so that students are safe and night classes can be held for local women attending literacy courses.

The school also plans to develop teaching modules, educational tools and training workshops for students, and to provide air conditioning for classrooms to help students concentrate.

The Prize funding will be used for improving waste management, such as a shredding apparatus, the installation of composting bins and a solar pump.

The Global High Schools category of the Zayed Future Energy Prize was established in 2012 to help cultivate tomorrow’s energy leaders and sustainability advocates. Each of this year’s school winners, representing a total of five world regions, demonstrated exceptional initiative in promoting sustainability and renewable energy in the local community.

Morocco, which imports most of its energy needs, is developing renewable energy, which is gaining momentum in the country with large scale projects.