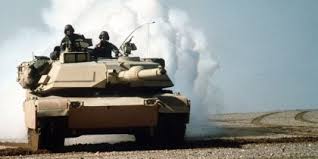 Morocco remains the first market for US armament industry in North Africa, with sales amounting to $244 million in 2016.

Morocco, which earmarks 3% of its GDP to military expenditures, has an army of 200,000 personnel.

Last November, Morocco received a batch of the US-made M1A1 Abrams main battle tanks in the port of Casablanca as part of an order worth $1 billion providing for the supply of 220 Abrams tanks.

Morocco was ranked fifth largest customer of French arms industry and the third in the Arab world after Egypt and the UAE in 2016.