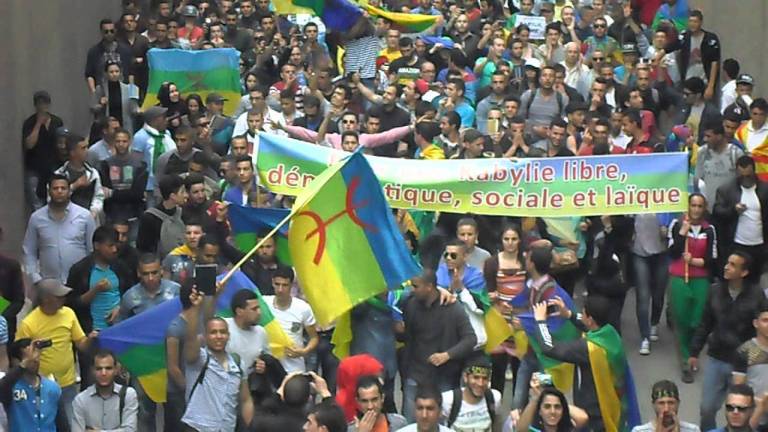 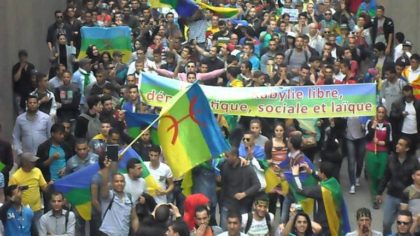 Thousands of protesters staged protests in the main cities of the restive region Kabylie region demanding independence from Algeria.

At a time the marches were staged across the Muslim world lately to denounce Trump’s Jerusalem declaration, disenchanted youth in the Kabylie mountains, east of Algiers, vented their anger at their government’s decades-long marginalization in the Amazigh speaking region.

Protesters in Aqbu, one of the key cities of Kabylia, took to the streets to demand urgent measures from the government to protect their language. But soon, the protest transformed into an anti-regime march calling for the outright independence of Kabylie.

Videos circulating on social media show a crowd of angry youth in Aqbu chanting slogans that describe the junta ruling Algeria as a colonial regime and denounced the state racism against the Amazigh population of Kabylie.

In 2001, the crackdown of the regime on Amazigh protesters demanding more rights and a halt of the arabization policy will take a bloody form leading to the death of nearly 160 protesters in the Kabylie region.

Since then, the movement for the independence of the Kabylie region (MAK) has been gaining ground among the population of the restive towns and cities in the Amazigh speaking mountains east of the capital Algiers.

The MAK is led by Ferhat Mhenni who lives in exile in France. The MAK invokes a series of grievances the Kabylie region witnessed after the independence of Algeria. They blame the Algerian regime for seeking to eradicate their linguistic and cultural particularities by imposing an arabization policy coupled with economic marginalization.