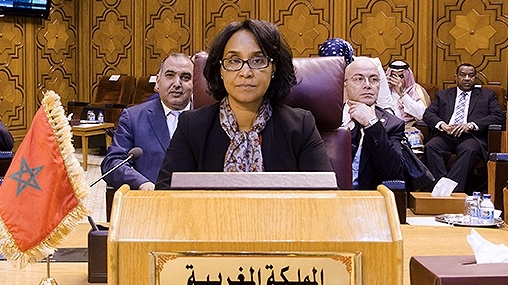 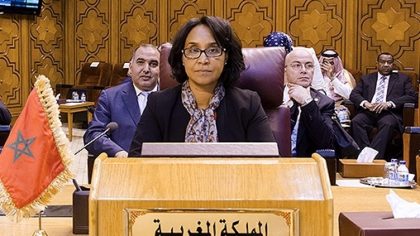 Morocco has reaffirmed its position in favor of neighborliness and non-interference in internal affairs of other states and called for sparing the Arab region another war.

The remarks were made by State Secretary to the Foreign Ministry, Mounia Bouceta, who is attending the Arab League’s foreign ministers’ emergency meeting in Cairo.

Bouceta told the press that Morocco rejects any aggression on the holy sites of Islam or on Gulf States and any other Arab country.

She also highlighted the close ties and the strategic partnership between Morocco and Saudi Arabia and other Gulf states.

Morocco remains committed along with friendly Arab states to defending peace and security in the region, she said at a tense regional context marked by arm wrestling between Saudi Arabia and its allies on one side and Iran and its proxies on the other side.

The Moroccan official recalled in this regard that Morocco’s relations with its partners in the region are governed by the principle of neighborliness and non-interference in internal issues.

The Arab and Islamic world need to avert any potential war that may result in further bloodshed and resource dilapidation, she said, calling instead for action to be geared to promoting solidarity and cooperation to address common challenges.

Bouceta explained that Morocco is attending the Arab League’s meeting at the invitation of Saudi Arabia, noting that the meeting examined the “threats to peace, stability and territorial integrity and unity of the peoples of the Arab region.”

The Arab League meeting delivered a tirade of criticism against Iran and its Lebanese proxy Hezbollah, saying Tehran was destabilizing the region.

“Iranian threats have gone beyond all limits and pushed the region into a dangerous abyss,” Gheit said.

But Gheit said the Arab League was “not declaring war on Iran at this stage.” He added that Arab nations have not asked the Security Council to meet, but were “just briefing the council and maybe the next stage would be for us to meet and call for a Security Council meeting and submit a draft Arab resolution (against Iran).”