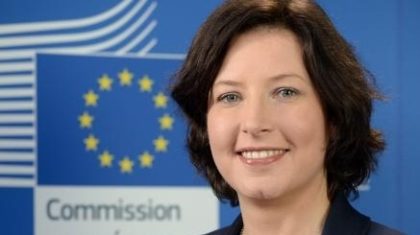 The European Union has just inflicted a stinging blow to the Algeria-backed Polisario Front, when the EU spokesperson, Catherine Ray affirmed that “the EU shall not recognize the SADR even if it participates in the EU-Africa Summit”, scheduled to take place in Abidjan November 29 -30.

“Any participation in this summit, as is the case for all international meetings of this nature, does not mean a change of the EU’s position regarding the non-recognition of SADR,” the spokesperson of the EU foreign policy and security commission said Wednesday during the daily press briefing.

“The EU will not recognize the SADR even if it participates in the summit with Africa,” she was quoted by the Spanish News agency EFE as saying.

The EU spokesperson added that, during the preparation of the summit, “it was possible to ask some questions about the participation of a particular member of the organizations concerned, particularly with regards to SADR,” she said.

“In this regards, our constant position has been to give each party, the African Union and the European Union, the responsibility for their respective list of participants,” she added, according to EFE.

This clear-cut statement has shattered the expectations nurtured by Algeria that the Polisario’s participation in the Abidjan summit would mean its recognition by the EU.

This is all the more frustrating that even within the pan-African organization, most members do not recognize the SADR, including the host country, Côte d’Ivoire.

For Algeria and its puppet, the “battle” is therefore lost in advance.