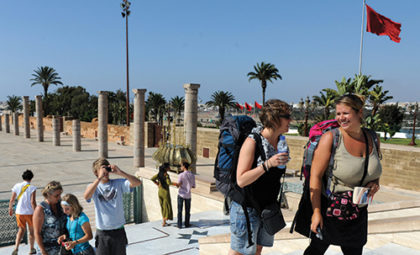 Tourist arrivals in Morocco up to August 2017 have grown 10.4% compared to the same period last year to stand at 8 million tourists, the tourism ministry said.

Arrivals from main tourist emitting markets showed a 14% increase in German tourists, while the numbers of Dutch, Spanish, French and Belgian tourists grew 10%, 10%, 8% and 8% respectively, the ministry added.

As for emerging markets, the ministry noted a 315% increase in Chinese tourists. Following the same positive trend, Japanese, South Korean, US and Brazilian tourists arrivals posted a growth rate of 43%, 41%, 32% and 52% respectively.

The main tourist hubs, Marrakech and Agadir received 60% of overall tourists visiting the kingdom, posting a growth rate of +18% and +12% respectively.