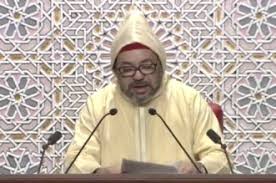 King Mohammed VI has called on the government, Parliament and all the institutions concerned to review the country’s development model to keep abreast of the rapid changes unfolding in the North African Kingdom.

In a speech he delivered Friday (Oct.13) before members of the Parliament’s two Houses, the Moroccan Sovereign said such an overhaul has become necessary as the current national development program showed it needs some fine tuning to meet growing social and economic demands.

“Although Morocco has made tangible progress, which is recognized throughout the world, we have to admit that our national development model no longer responds to citizens’ growing demands and pressing needs; it has not been able to reduce disparities between segments of the population, correct inter-regional imbalances or achieve social justice”, underlined the Monarch.

Regarding the next development model, “I should like to see an integrated vision that gives it fresh momentum that helps overcome the hurdles impeding its adjustment and that addresses the weaknesses and shortcomings revealed by past practices”, explained King Mohammed VI, urging “all national stakeholders, committed actors and the nation’s driving forces to be included in this endeavor”.

He also called for innovative and bold solutions. “I want this to be a collective national pause to address issues and problems that are troubling Moroccans. I want it to foster awareness of the need to change mindsets that stand in the way of achieving the comprehensive progress to which we aspire”, added King Mohammed VI.

“I am keen to follow up on this matter and look forward to examining the proposals and measures that need to be implemented for this new development model to be produced”, he stressed.

“Regardless of how thorough and full-fledged it is, a development model will remain limited in scope if it does not comprise effective mechanisms that allow for evolution at local and regional levels”, explained the Monarch.

“For this reason, I have been calling for the full implementation of advanced regionalization to be speeded up because that system provides solutions and fulfils social and development expectations in all of our regions,” he said, insisting that “Regionalization is not just about administrative regulations and procedures. It also involves far-reaching changes in state structures as well as a practical approach to local governance”.

This is the most effective way to tackle local problems and respond to the demands of local populations since it involves listening to citizens and including them in decision-making, especially through their representatives in elected councils, the King said.

According to the Sovereign, there are no ready-made solutions to the problems encountered in the various regions. Yet, he insisted on the need to ensure that public policies address the concerns of citizens, in the light of the needs and specific features of each region.
And for a better and more efficient management of local public affairs, King Mohammed VI stressed the need to assign qualified human resources to regions and to provide them with sufficient financial resources, in addition to ensuring the devolution of powers.
He urged the government to set a timetable for completing the implementation of advanced regionalization and called on the elected councils at regional level, to shoulder their responsibility, respond to the needs of local populations and answer their legitimate demands.
“I also call for the preparation and adoption of an advanced administrative devolution charter, which I have long been advocating, and for a precise timetable for its implementation to be set”, said the Monarch in his speech to the MPS.