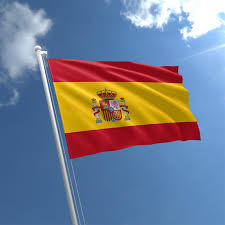 “Morocco rejects the unilateral process of the independence of Catalonia, and voices its attachment to the sovereignty, national unity and territorial integrity of Spain”, said a statement issued Wednesday by the Moroccan Foreign Affairs ministry.

“The unilateral decision, announced yesterday (Tuesday), is irresponsible and unsustainable. It is also a source of instability and division not only in Spain but throughout its European neighborhood”, added the statement, saying Rabat is confident in the Spanish government’s ability to manage wisely this situation to uphold constitutional order and serve the supreme interest of Spain and Europe.

Thus, the Kingdom of Morocco does not recognize this unilateral process, contrary to international legality”, underlined the foreign affairs press release.

Spain’s Prime Minister has put Catalonia on notice that it could impose direct rule on the region. Mariano Rajoy said he had asked Catalan leader Carles Puigdemont to confirm whether or not he has declared independence.

The move is a first step towards activating Article 155 to suspend Catalonia’s autonomy. On Tuesday Mr Puigdemont signed a declaration of independence, but halted implementation to allow negotiations.

“This call – ahead of any of the measures that the government may adopt under Article 155 of our constitution – seeks to offer citizens the clarity and security that a question of such importance requires,” Mr Rajoy said.

“There is an urgent need to put an end to the situation that Catalonia is going through – to return it to safety, tranquility and calm and to do that as quickly as possible,” he added after holding an emergency cabinet meeting to discuss the government’s next steps.

The Spanish Senate has said preparations to trigger Article 155 have begun, but the legal process will not begin until a response has been received from the Catalan leadership.

Spain has been in turmoil since a disputed referendum in Catalonia on October 1, which was declared invalid by the country’s Constitutional Court.

Catalonia is one of Spain’s wealthiest regions, but a stream of companies has announced plans to move head offices out of Catalonia in response to the crisis.

The European Union has made clear that should Catalonia split from Spain, the region would cease to be part of the EU.