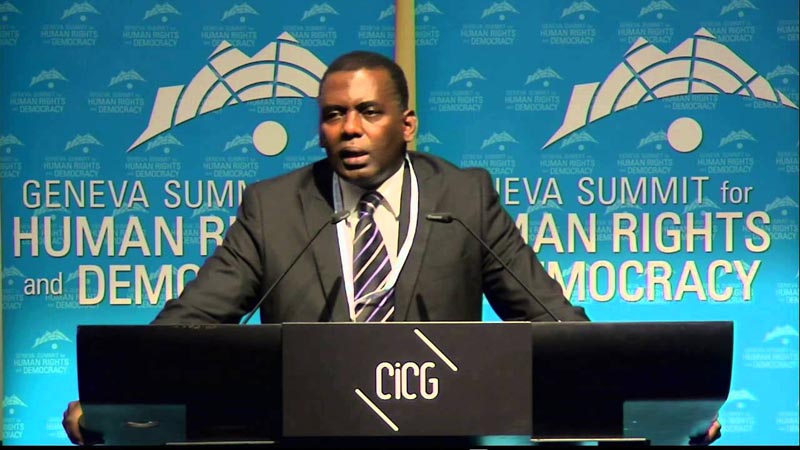 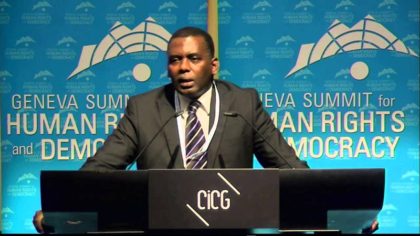 Mauritanian activist Biram Dah Abeid Wednesday was forced to abort conference on human rights abuses and racism in his country after receiving instructions from Senegalese authorities.
The leader of the anti-slavery movement (IRA) Wednesday called off Thursday-planed conference on the situation of human rights and racism in the North African country where he has been opposed to President Mohamed Ould Abdelaziz.
The conference scheduled to take place at Amnesty International (AI) office in Dakar was cancelled after the activist reportedly informed via Whatsapp attendees among whom Boucounta Diallo, a prominent Senegalese lawyer, Alioune Tine, AI Director for West and Central Africa and Seydi Gassama, the AI Director in Senegal.
He reportedly told his colleagues that he decided to cancel the event in order not to cause diplomatic row between his country and Senegal adding that Nouakchott was making fuss about the event.
Already on September 30, a first conference to address human rights situation and racism in Mauritania was called off few hours before it was planned to happen.
Senegalese authorities, namely the office of President Macky Sall, the foreign ministry and the justice department reportedly called on the event organizers to suspend their plan citing the fate of the Senegalese Diaspora in Mauritania after Nouakchott days earlier arrested and deported 13 Senegalese fishermen over illegal fishing in the north of the country, in city of Nouadhibou.
Nouakchott was angered on September 13 after Biram Dah Abeid held a press conference just a stone throw from the Senegalese president to shed light on the expulsion of 15 US anti-slavery activists from Mauritania after authorities refused to grant them visa at the airport on September 8.
The activists expelled by Nouakchott managed with the help of Biram Dah Abeid to move to Dakar to attend the press conference.
Nouakchott deemed the press conference a provocation and pressured Senegalese authorities to rein in the activist and former presidential hopeful who is staunchly opposed to the Mauritania leader whom he accuses of condoning slavery and imposing Arab supremacy on black Mauritanians.