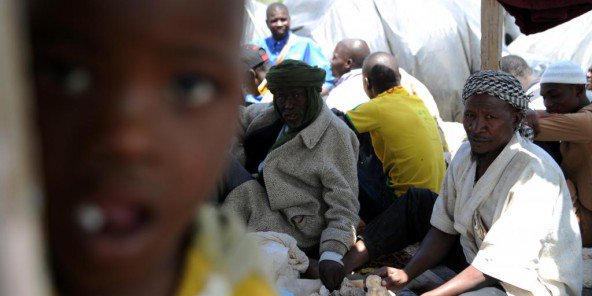 The Ordeal of Sub-Saharan Migrants in Algeria 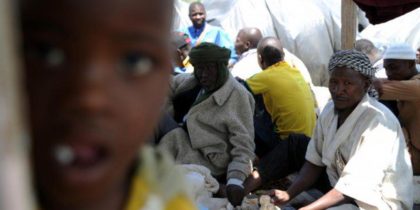 The recent outrageous apartheid-like decision made by Algerian authorities banning migrants from using buses and taxis prompts the worst fears of human rights activists who see tougher times ahead for migrants amid growing anti-migrant populism in Algeria.

The segregationist move to ban migrants from using taxis and buses comes in a wave of anti-migrant drive launched by the Algerian authorities in a blatant disregard for human dignity and in total violation of basic human rights.

The transportation authority has indeed threatened to impose fines on drivers who venture to transport migrants, pro-regime media reported shamefully.

Last July, Ouyahya uttered heinous remarks when he described Sub-Saharan migrants as a “source of crime, drugs and other calamities.”

Surfing on the tide of populism, Ouyahya refused to consider migration from a human rights perspective, saying in a hostile and defying tone that the matter is part of the state’s “sovereignty”.

“These people are on Algerian territories illegally,” he said, adding that “the law does not allow the State to hire foreign workers”.

He went on in his racist comments, saying that the “State should protect Algerians from anarchy by imposing strict rules on these people (migrants)”.

That was not the first time Algerian politicians make racist remarks against migrants in an attempt to ignite nationalist fervor at times of financial crisis. Last year, presidential advisor and surprisingly Head of Algeria’s human rights commission Farouk Ksentini made scandalous statements, bluntly accusing sub-Saharans of spreading HIV and diseases in Algeria.

It is no wonder then that a large segment of Algerian society is following suit, spreading hate on social media. Recently, a Twitter hashtag “#cleaning Africans off Algerian cities” was launched by local anti-migrant activists.

Algeria is rebuked in several international human rights reports for its ill-treatment of Sub-Saharan migrants as it continues its mass expulsions of these migrants and asylum seekers who are abandoned in harsh conditions on the border with Niger.

These arbitrary expulsions came amid the wave of anti-migrant populism expressed by senior political figures, ascribing the sluggish economic growth on poor Sub-Saharans, most of whom have fled poverty and armed conflicts in their countries to look for work in Algeria or transit to Europe via neighboring Libya.

North Africa Post's news desk is composed of journalists and editors, who are constantly working to provide new and accurate stories to NAP readers.
NEWER POSTMorocco Wants To Ensure Its Water Security
OLDER POSTTourism Makes up 7% of Morocco’s GDP- Minister