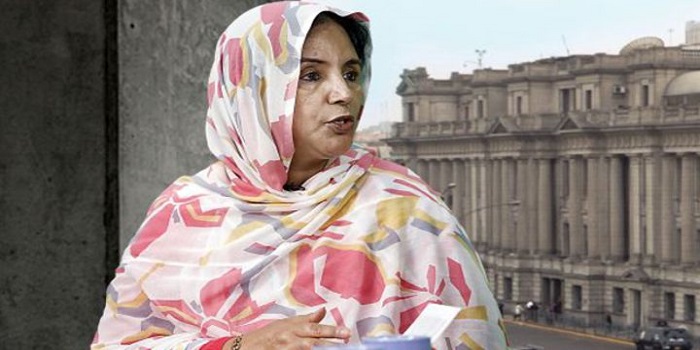 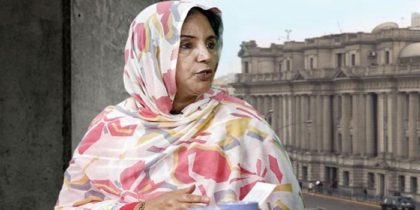 As it was expected for many days, the Peruvian authorities expelled on Wednesday Khadijetou El Mokhtar, the so-called “representative” of the Polisario after spending more than 15 days at Lima airport because she was denied entry.
The fake envoy, who lost all appeals, was put in a plane back to Madrid where she came from. Khadijetou, who claimed to represent the Polisario armed guerilla backed by Algeria, was holding a Spanish passport. This discrepancy was spotted by the immigration agents upon her arrival in Lima.
The inconsistency between her travel documents and the bogus diplomatic status she claimed raised serious suspicions of the Peruvian border officers who decided to put the imposter traveler on hold until the case is cleared.
The hunch of the Peruvian authorities turned out to be correct and true. The woman passenger was not a diplomat as she claimed and is not recognized or guest of the Ministry of Foreign Affairs of Peru.
This confirmation was made by the Peruvian minister of the Interior Carlos Basombrío who said that Khadijetou is a Spanish citizen who has not a diplomatic visa. Therefore, she has neither diplomatic privileges nor immunity.
The Peruvian authorities offered the Polisario militant the possibility of entering the country as a tourist but she refused. She was probably hoping that Lima might change its stand and let her in as before when she used her tourist visa to enter into the country to carryout unauthorized political activities.
Peru has suspended its diplomatic relations with the so-called Saharawi republic since 1996 and has no intention to resume these relations with a phantom self-proclaimed entity.
What happened to Khadijetou in Lima heralds what is in store for the separatists. It shows the success of Moroccan diplomacy in Latin America where the Polisario and their Algerian supporters used to have a free reign before Morocco’s strong comeback in this region.
The case of Khadijetou should sound the alarm bell for the secessionists. They know that their days are numbered and they will fell more and more cornered as Morocco’s influence is growing and unmasking their big scam.