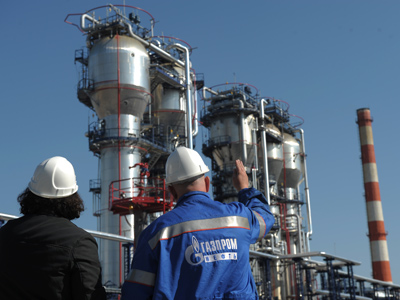 “Our companies are interested in participating in those projects. We are ready to supply LNG, construct gas pipeline and terminal,” said the Minister in an interview with Russian news agency TASS.

He said Russian companies such as Gazprom and Novatek are willing to contribute to the achievement of Morocco’s flagship gas projects.

The Minister noted that negotiations are underway between Gazprom and Novatek and Morocco to secure LNG supply from Russia’s Yamal-LNG and Arctic LNG.

He added that Russia is ready to contribute to Morocco’s “large-scale ambitious projects” through sharing its “competences and technologies.”

Morocco is also seeking to replace Algerian gas with Russian and Qatari gas. Russia sees in Morocco’s port installations an opportunity to access African markets while Qatar has widened the gap with its competitors over the supply of 5 million cubic meters of LNG annually to the Jorf Lasfar Installation.

Besides investing in renewable energy to cover 50% of Morocco’s energy needs by 2030, LNG features prominently in Morocco’s energy transition. Morocco launched a gas strategy to boost its energy security and relieve itself from dependence on Algerian gas. LNG is at the heart of Morocco’s strategy to satisfy a rising domestic demand on electricity. The Kingdom’s goal is to move from being a coal-dependent importer to a market in which clean energies and natural gas play an increasing role.

Morocco’s energy strategy is also geared towards satisfying a rising domestic demand on electricity as the country is projected to consume 65 TW/h by 2025, i.e. a 6.2% increase compared to 2016.

The Moroccan LNG National Development Plan, approved in late 2014, features an LNG onshore terminal in Jorf Lasfar near El Jadida to be completed for a total cost of $4 billion.

The terminal will have a storage capacity of 5 billion cubic meters of LNG per year, a fitted marine jetty, regasification plants and new high-pressure gas transmission pipes.

The LNG import facility at Jorf Lasfar will help bring the share of LNG to 13% of Morocco’s energy mix by 2025.

Recently, Sound Energy made breakthrough with several exploitable gas discoveries in Eastern Morocco. The company said that the Kingdom will become a key player in the global gas map by 2019.

The agreements signed between Morocco and Nigeria to build an offshore gas pipeline to stretch over 4000km, will also set Morocco free from dependence on Algerian gas. This ambitious project that will extend to the Mediterranean the existing West African Gas Pipeline transporting Nigerian gas to Ghana will have beneficial impacts for energy security in all west Africa.

The Moroccan-Nigerian gas pipeline has effectively buried plans to achieve the Trans-Saharan Gas Project that was mulled in 2002 to bring Nigerian gas to the Mediterranean through Niger and Algeria.