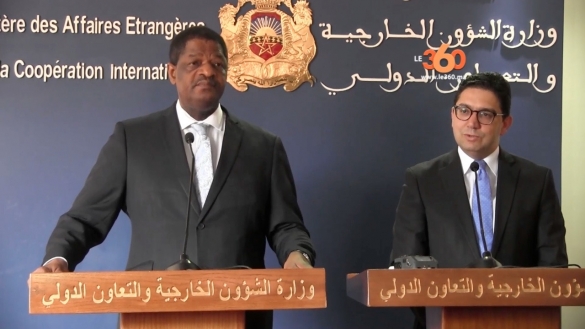 Morocco’s ECOWAS Membership, a Matter of Time not Principle 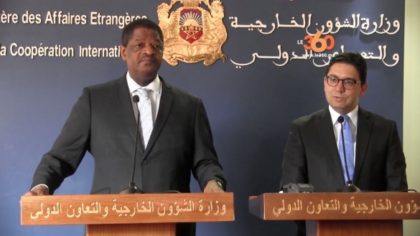 Morocco is making big strides towards joining the Economic Community of West African States (ECOWAS) after the Kingdom’s bid was approved in principle by the leaders of the regional grouping last June. Now, Morocco’s fully-fledged membership hinges on the review of technical provisions, which the Kingdom is due to meet.

This was confirmed by the President of the ECOWAS Commission Marcel Alain De Souza, who held two separate meetings in Rabat with Morocco’s foreign minister Nasser Bourita and Economy and Finance Minister Mohamed Boussaid.

Speaking to the press in Rabat, De Souza said that Morocco meets all the principles of ECOWAS membership and that the Kingdom will be announced the 16th member of the regional grouping at the Lomé summit on December 16.

He said that preparations are underway to ensure Morocco’s adherence to the ECOWAS’ Convergence and Solidarity Pact, which provides notably for maintaining budget deficit under 5% of GDP and inflation under 5% as well.

Morocco applied last March to join the ECOWAS. Before submitting its application, King Mohammed VI paid visits to the countries in the region where Morocco is already one of the largest investors.

Morocco opted to look southwards and reached out to its partners in West Africa with whom it has been building partnerships on a sound foundation underpinned by a south-south cooperation approach.

Morocco’s bid to join ECOWAS is, therefore, a continuation of a decades-long process of fostering ties with the countries of the region.

The admission of Morocco to the ECOWAS sub-region will make it the second largest economy after Nigeria. Thanks to its geographic location and trade agreements with the EU, Turkey, the US and several Arab countries as well as its port and airport hubs, Morocco will offer West African countries a gateway to new markets.