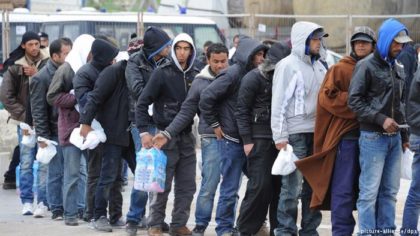 Over 2200 Algerian nationals will be expelled from Germany after their asylum applications were rejected, according to German magazine Funke Mediengruppe.

These Algerians, currently in illegal situation, will be sent home as the repatriation agreement signed between Algeria and Germany has entered into force, explained the magazine, saying that German Minister for Economic Cooperation and Development Gerd Müller is in favor of providing financial assistance to the deportees.

According to press reports, 623 asylum seekers from North Africa were turned down between January and June 2017 but only 166 of them were deported.

In Algeria, human rights organizations slam the German move, saying it is “discriminatory” as it targets more Algerian asylum seekers than other nationals.

In the few past years, Germany has labeled six countries — Albania, Bosnia and Herzegovina, Montenegro, Macedonia, Kosovo and Serbia — “safe countries of origin.”

About a year ago, Chancellor Angela Merkel’s conservative party CDU and its Bavarian sister party, the Christian Social Union (CSU), commonly known as the “Union,” began to demand that North African countries be added to the list, claiming this would accelerate deportations and deter other migrants from seeking refuge in Germany.

Since Merkel’s controversial decision to open temporarily the borders to refugees stuck in Hungary in the fall of 2015, political resistance to her open-door policy has steadily grown.

Although Merkel has since changed her rhetoric and toughened up rules for asylum seekers, her Bavarian allies have continued to be among her most vocal critics, demanding, for example, a limit on migrants entering Germany, which Merkel rejects.