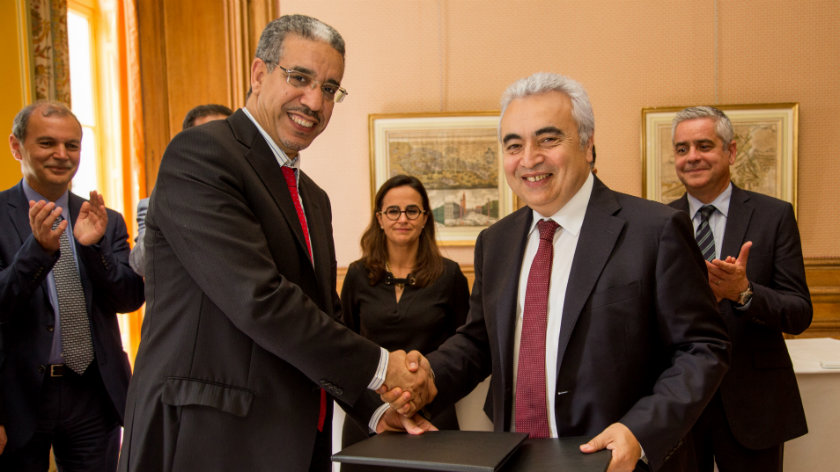 Morocco Teams up With IEA to Reach Its Energy Goals 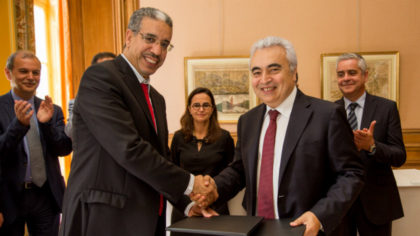 Morocco, which joined the International Energy Agency as an Association Country in November 2016, has signed a three-year joint work program with the IEA to deepen bilateral cooperation in the areas of energy security, energy efficiency, renewable energy, capacity building and data and statistics.

Under the program, tailored to Morocco’s specific needs as it transitions to a low-carbon economy, the IEA will work closely with the North African Kingdom to enable it reach its ambitious targets set out in its long-term energy plan, the agency said in a press release.

“This joint program takes the long-standing relationship between the IEA and Morocco to a new level. It will cement the partnership between the two parties for a more sustainable and secure energy future,” said IEA’s executive director Fatih Birol.

“Morocco’s leadership and commitment to expanding the deployment of renewable energy and weaning itself off imported fossil fuel are to be commended”, he added.

Morocco is the first country in the Middle East and North Africa to join the IEA’s Association initiative aimed at opening the agency’s doors to emerging economies, the IEA said.

Through this initiative, the IEA has expanded its global footprint, and works with key emerging economies for a more secure and sustainable energy future.

The government is pursuing a policy of reducing its dependence on imported fossil fuels and increasing the share of renewable energy in power generation. It was also among the first countries of the Middle East and North Africa to cut fossil fuel subsidies and introduce energy efficiency measures.

The IEA’s collaboration with Morocco began in 2007, focusing particularly on the areas of energy policy, statistics, and research and development (R&D).

Two years later, the government adopted a national energy strategy, setting clear targets for wind, solar and hydropower. And this new joint program will provide Morocco with necessary assistance to hit its goals and honor its commitment particularly in clean energy.