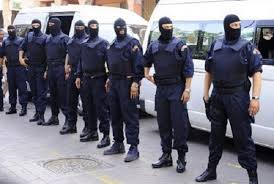 Moroccan intelligence agencies have accomplished another feat of arms as they tipped their European counterparts about the whereabouts of a senior ISIS member, commonly called the “Minister of Finance” of the terrorist group.

The intelligence provided by the Moroccan agencies enabled to identify the terrorist, a Danish of Moroccan origin, who was handling huge amounts of money and who succeeded to slip through several European security nets, reported Moroccan Assabah daily.

According to the daily, the terrorist, 40, who was alluded to by his initials M.A.M., has managed to escape the International police, particularly European, for several years. He was wanted for financing terrorist activities, recruiting fighters for the Syrian front, and laundering money through some twenty-four screen companies scattered across Europe.

European police have been chasing him for years, but finally, it was Moroccan intelligence agencies that identified him and facilitated his arrest in the Moroccan enclave of Melilla, the daily wrote.

To identify the terrorist, Moroccan intelligence services have traced all his activities since 2012, when he began attracting the attention of European police. The Europeans could not however identify the individual behind so many money transfers that have all been used to finance terrorist activities, the daily said, adding that M.A.M. was in direct contact with individuals who served as intermediaries between him and the leaders of Daech and Al Qaeda in the Islamic Maghreb (AQIM) and the An-Nosra front in Syria.

Finally, thanks to the intelligence collected and provided by the Moroccans, Danish and Spanish intelligence services were able to track movements of funds operated by this ISIS group’s funding provider and to identify his various companies, mostly located in Denmark. They also understood his modus operandi in financing and recruiting terrorists, the daily said, adding that a dozen of these recruits have been identified.

With this valuable help from Moroccan intelligence, the Spanish police recently arrested the terrorist in Melilla, reported the daily, without unveiling the exact date of the arrest.

After he was spotted by the Moroccan intelligence agents, M.A.M. was wiretapped for 13 hours in a row, which enabled the Spanish police to identify him as the ISIS treasurer who has been wanted for years by all the European police, the daily indicated, adding that some of his associates were also arrested in the operation.

North Africa Post's news desk is composed of journalists and editors, who are constantly working to provide new and accurate stories to NAP readers.
NEWER POSTFears in Algeria over Potential Non-renewal of Maghreb-Europe Pipeline by Morocco
OLDER POSTEgypt Accuses Qatar of Backing Terrorism at UN Session