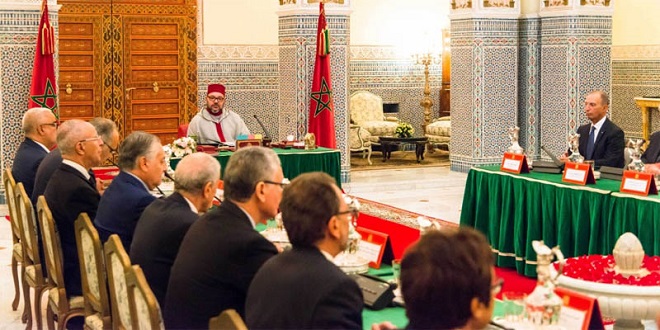 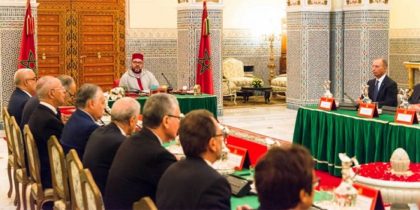 King Mohammed VI criticized, at the Ministers’ Council he chaired in Casablanca on Sunday, several ministers for the delay in the delivery of a set of development and social projects included in the Al Hoceima Lighthouse of the Mediterranean program.

Long before the wave of popular protests outbroke in the Rif, King Mohammed VI Launched in October 2015 the Al Hoceima Lighthouse of the Mediterranean program, worth $665-million. The program is meant to promote the region’s development through implementing a host of projects slated for completion in 2019. Unfortunately, many of the projects scheduled in the program never saw the light of the day due to the lack of follow-up by relevant ministries.

A statement by the Royal Palace said that the King expressed, during the Ministers’ Council his “disappointment, discontent and concern,” over the slow pace of development projects in the Rif, which has been beset by a wave of popular protests.

He ordered relevant services within the Interior and Finance Ministries to conduct a probe to determine those responsible for stalling some projects and gave directives to cancel the annual leaves of the Ministers in charge of the projects follow up.

Indeed, one of the flagship projects, the Taza-Al Hoceima express way that has a key role in opening-up the region is lingering its scheduled date of completion: 2017.

In this context, the statement said that the King warned political parties against using the social and development projects for political ends and urged that only projects with proven feasibility be presented to him.

Last Week, the King gave directives to relevant government officials to speed up the achievement of the various development projects in the Rif region and ensure that all those detained for taking part in recent protests received fair trials.

Tension has been simmering in Al Hoceima since the death of Mouhcine Fikri who was crushed to death in a garbage compactor while attempting to retrieve fish that the police had confiscated and thrown away.

Since this tragic death that occurred in October 2016, protests have been building up in the city initially to claim justice for Mouhcine Fikri. However, the protests have increasingly become focused on addressing the various economic, social, and administrative challenges the Rif region faces.