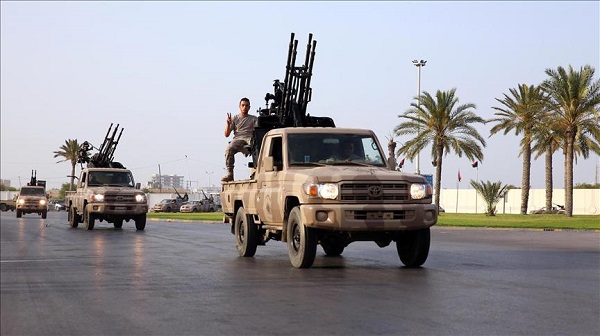 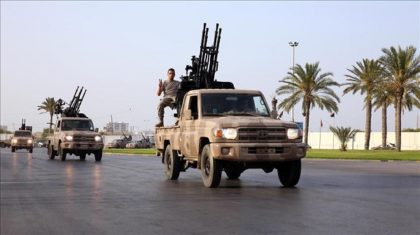 The Libyan National Army (LNA) Loyal to General Haftar have taken control of a strategic military base in Jufra after a battle with militias supporting the UN-backed government in Tripoli, media reports said.

The takeover of Jufra oasis, 400 km south of Sirte, gives Haftar’s forces a boost in their advance towards Tripoli.

The attack on the city by the LNA coincided with Egyptian air strikes targeting notably the Jufra airbase used by forces affiliated to the UN backed government of national accord (GNA).

Over the past week, Egypt conducted air strikes in Jufra and the eastrn city of Derna in retaliation for a bus attack on Egyptian copts. Some analysts deem that some of these strikes are designed to give Haftar forces an upper hand in their war against the GNA.

Last month a raid on Brak Al-Shati air base near Sabha by forces loyal to GNA, killed 141 people, mostly soldiers within the ranks of General Khalifa.

The attack has effectively shattered a fragile truce in the southern area, which has become a de facto frontline opposing the two rival armies in Libya: the LNA backing the Tobruk-based parliament and the internationally recognized GNA.

The attack has sapped all recent efforts at finding common grounds for negotiations between Libya’s rival governments and bodes ill for the settlement of the country’s civil war. The LNA officials vowed to take revenge, setting the tone of a vicious circle detrimental to the country’s stability and prosperity.