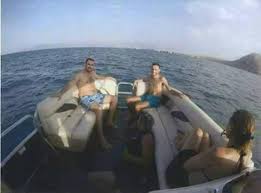 Investigations led by the judiciary police as part of the probe on the latest unrest that battered the northern Moroccan town of Al Hoceima revealed the involvement of the protest leader, Nasser Zefzafi, in receiving funds from foreign sources with a view to undermine public order.

The Assabah newspaper, noted that the judicial police, upon a search of the room of Zefzafi, found elements that shed light on some dark sides in Al Hoceima protests.

The probe revealed that Zefzafi received funds from abroad in addition to logistical support to orchestrate propaganda campaigns aiming at tarring Morocco’s image and undermining its territorial integrity as well as waning citizen’s faith in state institutions.

The paper adds that the judicial police also seized a significant amount of money in euros in the house of Zefzafi, the main defendant, during the search that was carried out under the supervision of the General Prosecutor in Al Hoceima.

An investigation of Zefzafi’s phone led to the arrest of two individuals including a teacher in the village of Bni Bouayyache. The two defendants are involved in planning protests since the onset of the “Hirak”, the appelation used to designate the popular protests in Al Hoceima.

The confessions of the defendants showed that they plotted the protests in connivance with a notorious cocaine trafficker, who was found to be close to Zefzafi.

Moroccan authorities arrested, on Monday morning, Nasser Zefzafi, 39, who was on the run since the General Prosecutor ordered his arrest after his interruption of a Friday sermon at a local mosque.

Tensions have been simmering in Al Hoceima since the death of Mohsin Fkri who was crushed in a garbage truck while he jumped in, in an attempt to retrieve his fish that was confiscated by the police last October.