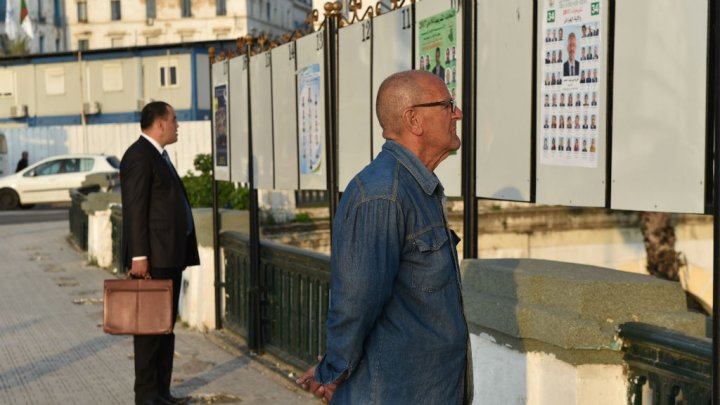 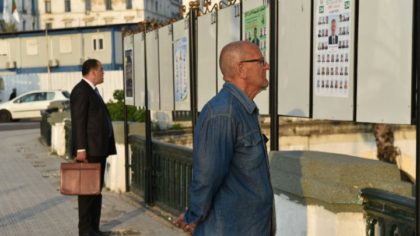 Faced with widespread voter apathy and growing calls to boycott the legislative polls of May 4, the Algerian regime stumbles desperately to keep the political status quo using religion and conspiracy theories to urge a “massive” vote of disenchanted worshipers.

Imams were asked by the religious affairs ministry to tell worshipers in mosques to cast their ballot otherwise the country “would be mired in a new disaster.” This confusion of politics and religion came to evidence the Algerian regime’s own manipulation of mosques for political ends. By doing so, the authoritarian Algerian regime is validating the principle of using religion and mosques for political ends, which is at the heart of the extremist project.

The critical press in Algeria is awash with stories about Algerian Imams pressured to call on citizens to vote. An Imam in Algiers went as far as foreseeing a foreign occupation if Algerians did not vote by large numbers, noting that “all parties are equal.”

Another Imam in Jijel urged worshipers to vote in order to avoid “triggering the anger of Bouteflika,” Algeria’s ailing president who has not made a public speech for years and whose meetings with foreign officials have been all called off recently.

In the same vein, Minister of religious affairs Mohamed Aissa spoke with an angry tone against the calls by several Algerian influential figures on social media to boycott the elections. He accused them of defaming the prophet and religion because of their stands against maintaining the authoritarian status quo,  which May 4 elections are seen to perpetuate.

Religion was also disturbingly resorted to by several political parties in their electoral campaigns. Leader of the MSP party, Abderazak Mokri, made the funniest use of the religious sentiments of his supporters when he said “I call on Algerians to vote massively for our party (Hamas) in order to be able to liberate Palestine’s capital and that of all Muslims, Al Quds.”

The average Algerian citizen sees the election to be an empty process that may bring little change as the country braces for an economic crisis on the backdrop of the state’s inability to maintain its spending spree on social welfare.

Algeria has been depleting its coffers with reserves falling from $194 billion in 2013 to $109 billion last February. Besides the decreasing revenues and ailing economy, Algeria faces instability threats emanating from the struggle between the regime’s elites, opacity regarding succession of President Bouteflika and a domestic Jihadist threat coupled with a possible spill-over of the turmoil in Libya and Mali.

The absence of genuine reforms and the adoption of austerity measures including new taxes and reduction of subsidies also threaten to infuriate protests. In Algeria, protests have always been expressed in the street rather than through the ballot box or institutions. The price hikes have always been met with violent protests as was the case in 2011. Then, the government had enough reserves to buy off social peace.

Amid such gloomy domestic and regional prospects, the ruling FLN leaders call for voters to maintain status quo under the guise of safeguarding stability, which most regime critics describe rather as stagnation leading to an abyss

Corruption is another vote apathy driver. Fixing polls has been a widespread practice in previous elections in a country where observers do not have the freedom to carry out their monitoring mission. As the FLN, which has been dominating Algeria’s governments since independence, is expected to win by large margins in a rugged electoral system, several opposition parties opted as well for boycotting the election.