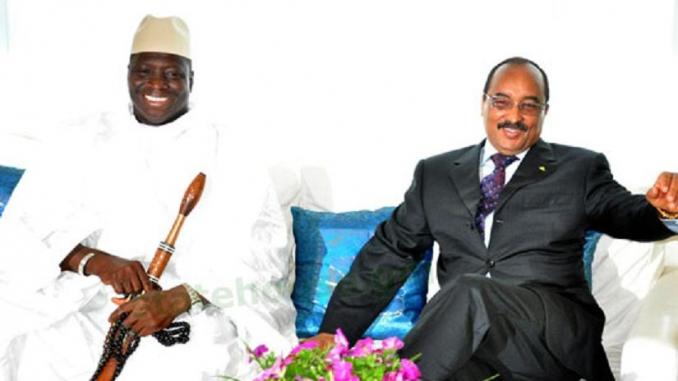 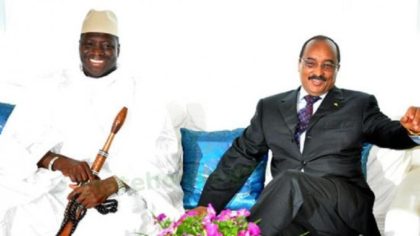 The Mauritanian President, who has been reportedly angered by the poor consideration shown by Gambian President during his participation in Gambia’s celebration of its 52nd anniversary, has recalled the Mauritanian envoy in Banjul.

Two days after his disappointing visit to Banjul, President Ould Abdel Aziz recalled Ba Ousmane, his ambassador to The Gambia, and appointed him chief of the Mauritanian mission in Washington.

Media reports say the move came following Banjul’s “disrespect” towards the Mauritanian President who flew to Banjul on February 18 to attend the festivities marking Gambia’s independence.

President Abdel Aziz reportedly fumed over his welcome ceremony at Banjul international airport where he was greeted by Adam Barrow’s Vice-President, Fatoumata Tambajang instead of the President himself.

The Mauritania President was expecting a warm ceremony after his intervention to settle the post-electoral crisis, which gripped the small Western African country after former President Yahya Jammeh refused to relinquish power despite losing the December elections.

Abdel Aziz claimed his intervention convinced Jammeh to renounce power and to choose exile after ECOWAS, the regional bloc, failed to dislodge the Gambia authoritarian leader.

Reports also say that the Mauritanian President did not stand President Barrow side-lining him in favor of Senegalese President Macky Sall who was showered with honors. Macky Sall spearheaded ECOWAS’s plan for military intervention to ouster Jammeh before negotiations made a breakthrough.  Barrow was sworn-in as Gambian President in the Gambian embassy in Dakar, Senegal.

To protest Barrow’s attitude, Abdel Aziz returned to Nouakchott immediately after the end of the official ceremony, reports say.

Gambian media comment that Ould Abdel Aziz did not save The Gambia from bloodshed but only convinced his friend Jammeh to save his head.

North Africa Post's news desk is composed of journalists and editors, who are constantly working to provide new and accurate stories to NAP readers.
NEWER POSTAuthorities Arrest First Suspect in Shooting of MP in Casablanca
OLDER POSTLibya Slipping Into Chaos, Raising Concern of the West