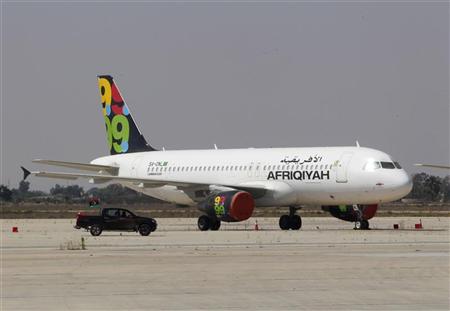 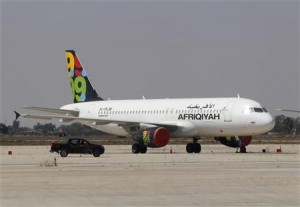 Libya’s Afriqiyah Airways has ordered four more Airbus A350-900s planes worth over $1.4 billion as the company prepares its international and regional comeback with competitive services. The carrier has also converted its original order for six Airbus A350-800s into six of the larger A350-900 model bringing up its total order to 10 jets.
Afriqiyah Airline, which operates eleven aircrafts of the airbus family, looks forward to reinforcing and overhauling its fleet ahead of launching new routes and destinations in the United States, the Middle East and Asia. These new orders show the company unshaking resolve and strong determination to resume activities with high hopes in the future despite difficult international juncture.
The state-owned Afriqiyah airways was founded in 2001. It started its operations the same year with leased Aircrafts. During the Paris Air Show in 2006 the Libyan carrier signed a contract with Airbus Industries for the purchase of 21 aircrafts.
The A350-900 is the cornerstone member of Airbus’ all-new A350 XWB family, which is tailored to meet airlines’ future market requirements in medium-to-long haul operations. This jetliner can accommodate over 310 passengers and has the same optimized cabin cross-section as the other A350 XWB versions (A350-800 and A350-1000) – which ensures maximum comfort for both passengers and crew while guaranteeing operators optimum safety.
Over 70 pc of its weight-efficient airframe is made from advanced materials that combine composites (53 pc), titanium and advanced aluminum alloys. The innovative carbon fiber reinforced plastic fuselage results in lower fuel burn as well as easier maintenance. With this new fuselage – along with the latest systems and engines, as well as an advanced wing optimized for Mach 0.85 cruise speed – the A350-900 beats its competitors, offering operators a 25 pc lower fuel burn, 25 pc lower operating costs, and 25 pc lower CO2 emissions, besides additional seats for greater revenue.

North Africa Post's news desk is composed of journalists and editors, who are constantly working to provide new and accurate stories to NAP readers.
NEWER POSTTunisia might call on IMF for financing
OLDER POSTMauritania: International Handifestival in limbo