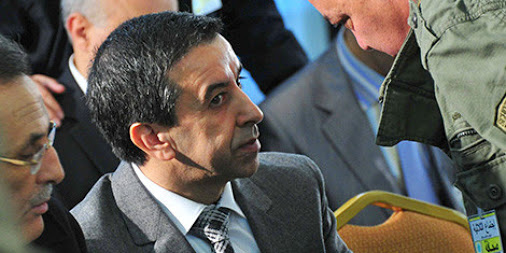 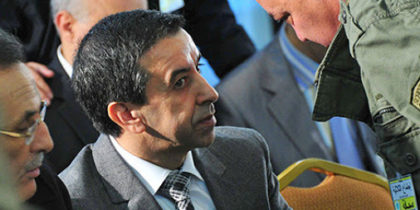 The big PR African business & investment forum which Algerian authorities organized lately in a bid to improve the country’s image that is losing luster in the continent has turned into a fiasco.
From the outset, the shaking start of the event was marred by protocol errors showing lack of experience, irking Algerian officials who drew from the conference hall and boycotted the speech of Head of the Algerian Employers’ Union. This act left all African and foreign guests gob smacked.
After the welcome address of Prime Minister Abdelmalek Sellal, Chairman of the Algerian Employers’ Union Ali Haddad took the floor to deliver his speech ahead of Algerian Foreign Minister Ramtane Lamamra who was expected to be the next speaker after the Prime Minister.
Algerian cabinet members felt offended and took it personally as if Ali Haddad committed a serious crime or something inexcusable. So, all the Algerian ministers, including the Head of the Government, the Foreign Affairs Minister and other members of the government withdrew from the conference hall in front of all attendees, while the Employers’ Union chief was addressing the conference.
According to some analysts, this minor incident clearly shows the mind-set, the tolerance and the openness of Algerian authorities, which appear to be still clinging to the rigid Stalin regime.
Besides these internal frictions eroding the North African country which was pinning high hopes on this African forum to sell the image of a country as stable and thriving as its neighbor Morocco, only few African countries attended the gathering. Even some major Algerian investors were absent.
The event was destined to promote Algerian-made brands, drain foreign investment and enable Algerian entrepreneurs to set up partnerships and expand in Africa like the Moroccan dynamic businessmen who are enhancing their presence in the continent, as instructed by King Mohammed VI.
But to the Algerian rulers’ great displeasure, their goals have been compromised. It seems that they have of a lot of catching to do in this regard. Furthermore, the Algerian forum was held at a time when the country’s economy is deteriorating due the sharp fall in energy earnings caused by global drop in crude oil prices.
The political crisis in Algeria and growing social woes raise regional and international concern over the future and stability of the country which has frozen several projects due to lack of necessary funds.
The country’s dinar currency has also plummeted against the U.S. dollar and the Euro, hitting the bottom due to the 50% fall in the oil revenues.
Algerian people have already started feeling the impact of the depreciation of the dinar, while foreign products are increasingly becoming out of reach and rare commodities.