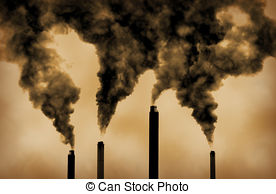 Around 200 world leaders will discuss on November 15 how to put into action Paris historical agreement targeting containment global temperature rise at less than 2 degrees at time the year 2016 is predicated the hottest year ever.
Political leaders from around world have started arriving in Marrakech, Morocco, since Sunday. UN Secretary General Ban Ki-Moon and Moroccan monarch Mohamed VI will preside over the summit.
Implementation of the Paris agreement now signed by over 100 countries motivated by global giants US and China will be gist of talks at the gathering.
2016 according to World Meteorological Organisation (WMO) is edging slowly to become the hottest year ever recorded.
Global temperature according to the WMO has already approximately reached 1.2 degree Celsius above pre-industrial levels and 0.88 degrees above the average for 1961-1990, the Irish times reports.
The 1988, the hottest year ever recorded will be beat by 2016, the WMO warned. The global institution also reveals that 16 of 17 of hottest years “on record will have occurred in the 21st century.”
Paris Agreement proposed last year during COP21 in Paris envisages to containing global warming below 2 degrees Celsius and “moving the world economy away from fossil fuels.”
The summit is taking place in the backdrop of new-elect US President Donald Trump’s anti-stance against the Agreement. The new American president during pre-election campaigns promised to withdraw the US from the agreement as he claimed that global warming is an invention by China.
If the US withdraws from the Agreement, it no doubt will deal a huge blow to the world, former Irish President Mary Robinson and founder of Mary Robinson Foundation notes.
“The moral obligation of the United States as a big emitter, and a historically big emitter that built its whole economy on fossil fuels that are now damaging the world – it’s unconscionable the United States would walk away from it.”