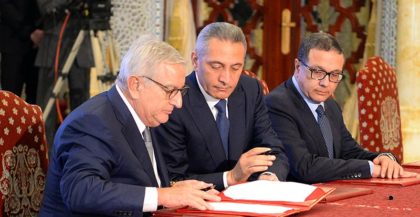 Morocco announced on Monday an ambitious investment reform plan including multiple incentives, in a bid to capitalize on its business climate and political stability to attract more industrial investments.

The incentives were revealed during a ceremony in Rabat chaired by King Mohammed VI. They include tax exemption benefiting industrial companies for up to five years, in addition to setting up free zones, promoting export-oriented industries and adopting measures to facilitate investments in poor regions.

Minister of Industry, Trade, Investment and Digital Economy, Moulay Hafid Elalamy said that this reform plan aims to build on the achievements of the Industrial Acceleration Plan that was launched in 2014 with the aim of creating 500,000 new jobs over seven years, increase the share of industrial GDP by 9 points and improve the trade balance.

He noted that 160,000 jobs have already been created in investment projects over the last two years.

On the same occasion, King Mohammed VI presided over the signing of 30 international investment agreements worth 7.5 billion dirhams (about 770 million USD) as the kingdom seeks to capitalize on its reputation as a safe market in a volatile region.

The agreements will boost the Moroccan economy through the creation of 39,000 jobs.