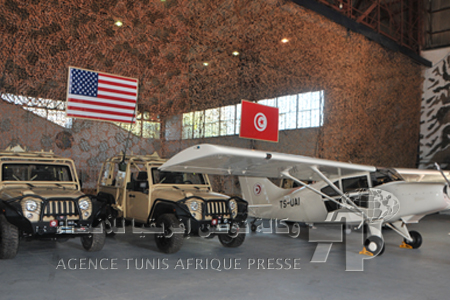 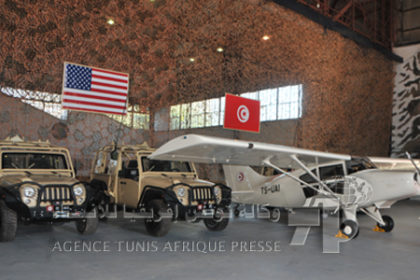 The United States Wednesday delivered a set of military equipment including jeeps and aircrafts to Tunisia to help the North African country better secure its borders against illegal crossings of terrorists.

The equipment estimated at $20 million is made of 48 jeeps, 12 aircrafts and a communication system. The package will be used to identify the positions of terrorists trying to cross the border, US Assistant Secretary for Defense Amanda Dory told reporters at the ceremony.

“The equipment is likely to boost the military capabilities in the protection of the land and sea borders,” Tunisian Defense Minister Farhat Horchani was quoted as saying.

Horchani also told reporters that Tunisia was expecting to receive a number of attack aircraft, without giving further details.

The US and other western countries have come to Tunisia’s help to withstand growing terrorism that has shaken its young democracy.

Security authorities in a move to curb illegal crossing by IS militants from neighboring Libya, have built a barrier along the 200 km-long border with Libya, equipped with electronic system detectors capable of identifying suspicious movements.

Germany and the UK have also provided logistical assistance to Tunisian forces.