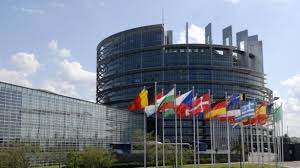 The European Union-Morocco friendship group at the European Parliament on Friday called for the implementation of the Morocco-proposed autonomy plan for the Sahara without delay, giving thus strong backing to Morocco’s position in the Sahara conflict.

The support came from the group of EU lawmakers, led by Gilles Pargneaux, Rachida Dati and Stefano Maullu, just hours after the UN Security Council adopted Resolution 2285 on the Sahara renewing the mandate of the MINURSO, the UN peacekeeping mission in the Sahara, for 12 months.

The EU lawmakers warned that the creation of “no man’s land in the Sahara will pave the way for the installation of a terrorism breeding ground that will negatively impact Africa and Europe and the world will bear responsibility.” Therefore, the autonomy plan must be implemented quickly, they pointed out in a statement.

“The European Union-Morocco friendship group and beyond wishes to reiterate its support to the solution proposed by Morocco since 2007, that of the autonomy. Moreover, the Security Council has once again recognized the seriousness, credibility and relevance of this proposal for peace and stability in the region, a stability that is fully in the interest of Europe,” the statement said.

10 members of the Council backed the US-proposed draft resolution renewing the UN mission mandate, and only two voted against the text.

The vote on the resolution on the Sahara by the Security Council recalls “the urgency to find a solution to a situation which becomes pretext for so many blunders and tensions in a region that does not need them,” the statement said, adding that “despite Ban Ki-moon’s missteps, his latest report acknowledges forcefully that a political settlement with a negotiated solution between the parties is the only way out.” “This falls in line with Morocco’s constant and responsible position,” they said.

The signatories of the statement also pointed out that the resolution adopted on Friday, which was a victory for Morocco and its friends, should not remain formal but should remind everyone, mainly those who exploit the issue to constantly attack Morocco, of their responsibility.

“The UN must be the facilitator in the settlement of the crisis. All conditions are met today to achieve this,” the statement further pointed out, adding that what is needed is a little courage and a lot of responsibility, which are required more than ever by the current international security environment.