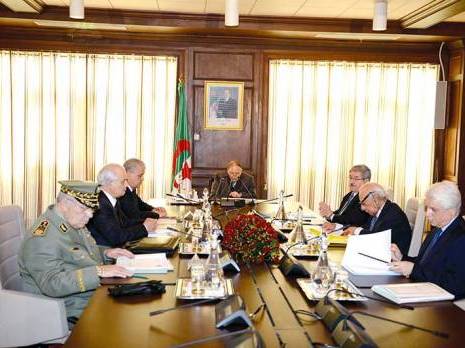 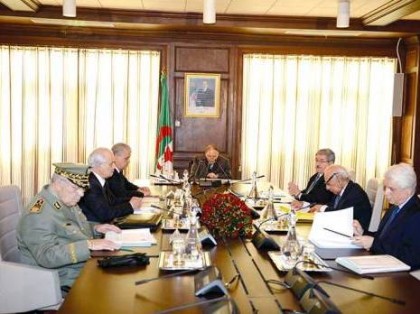 President Bouteflika Monday kick-started revision of the Algerian constitution seeking gradually establishment a “sheer civil rule” and a stronger opposition after long months of delay, Presidency announced.
Monday close meeting led by ailing President Bouteflika was the first ever meeting related to the modification of the Algerian constitution ever promised by the President.
The meeting according to a communique from the Presidency gathered President Bouteflika, Prime Minister Sellal, Justice Minister Tayeb Louh, State Minister and Director of the President’s cabinet, Ahmed Ouyahia, State Minister and Special advisor to the Presidency, Tayeb Belaïz, Deputy Defense Minister and Chief of Staff, Ahmed Gaïd Salah.
Also according to the communique, the meeting helped discuss draft proposal of the revision adding that further meetings will be held to finalize the proposal. No mention of the content of the draft or the target dates of the next meeting has been made.
President Bouteflika has come under fire by the opposition which pressed him to organize revision of the constitution that will render Algeria better democratic country after years of military rule and degradation of democratic values and total control of different powers and leading to an economic and financial dramatic situation.
On the eve of the celebration of the National Independence Day He promised to introduce amendments to the constitution which will loosen the regime’s control of the state apparatus, establish a sheer civil rule and grant greater power to the opposition so that it plays its rule.
The opposition refused to participate in initial talks on the amendment demanding that a referendum be organized to give chance to the Algerian people to decide as appose to Parliamentary vote suggested by the regime.
Reports say the consultations related to the revision had been cancelled or postponed due to disagreement on key questions including the creation of a Vice-President position which will assist and represent the Head of State at the international level due to his ailing situation.
Algeria’s political atmosphere has festered with trades of accusations and insults among leaders. A group public figures among whom former allies of the President wrote to meet the President whom they believe has lost control of the country.