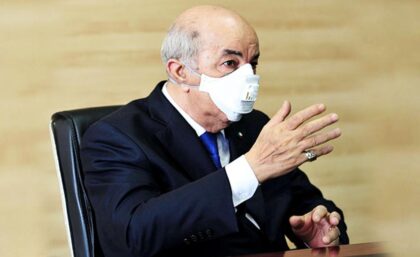 While Algeria is facing an acute financial crisis and while protests are erupting across the country, President Abdelmadjid Tebboune is hospitalized in Germany since October 28, 2020, after he was affected by coronavirus.

Aside from the power vacuum due to the President’s long absence, his hospitalization is very costly for the country. Actually, according to press reports, the overall bill for his intensive care in the most prestigious establishments in Germany amounts to nearly €48 thousand per day.

The medical care and therapeutic protocol, the personalized follow-up by the best German specialists, the foot surgery he underwent on January 20, the costs of a specialized rehabilitation therapy, are all medical services that cost thousands of Euros.

Some say the bill does not only include medical and hospital costs but also the accommodation of Abdelmadjid Tebboune’s 16-member party, including two teams of bodyguards.

The Algerian President has reportedly rented an entire floor of a luxury mansion in Berlin that was completely equipped to respond to the well-being and safety of Abdelmadjid Tebboune. These hotel costs, in hard currency, swell the bill of the president’s medical treatment in Germany.

Algerian tax payers’ money is also used to pay for trips by members of the Algerian President’s family who regularly visit him in Germany. His wife and two sons accompanied him when he was first flown to Germany on October 28, 2020. The daughters of the Algerian President also spent several days in the European country at the bedside of their father in November. And of course, all the daily expenses of the family members are covered by the Presidential Palace.

Yet, it remains difficult to determine the overall cost of the final bill for this medical stay which has lasts so far for more than 90 days, a record absence for a Head of State far from his office and his country.