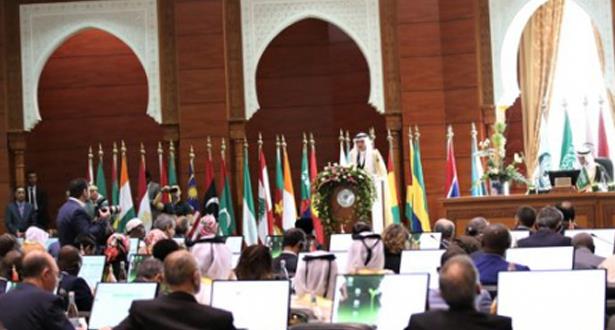 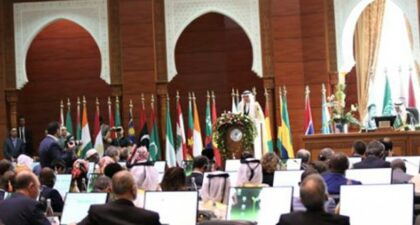 On the 50th anniversary of the establishment of the Organization of Islamic Cooperation (OIC), King Mohammed VI called for joint action by Muslim states to promote political stability, economic prosperity and well-being of the Muslim peoples.

The King highlighted, in a message to a ceremony held in Rabat Thursday to mark the anniversary, the lofty goals for which OIC has been created stressing its role in defending the values of Islam, correcting misconceptions, confronting all forms of discriminatory practices against Muslims and protecting their crucial interests as well as resolving disputes and conflicts in which member states are involved.

The OIC has also worked to promote coexistence between peoples and nations through building bridges between different faiths and cultures and fighting inclinations towards extremism, said the King.

The Moroccan monarch expressed satisfaction at the doubling of the volume of trade between OIC Member States and recommended the development of economic blocs “as a prelude to establishing a free trade area for Islamic countries.”

“Such an area should reflect the spirit of solidarity and pave the way for comprehensive, sustainable development, whose pillar would be our human resources,” King Mohammed VI said.

The Palestinian issue at the heart of which the sacred city of Al Quds took pride of place in the King’s message. “The prime source of our strength and unity, and our greatest motivation to exert further efforts, is our firm belief in the justness of our foremost cause, namely the question of al-Quds and Palestine,” he said.

As Chairman of the al-Quds Committee, the Monarch reaffirmed Morocco’s unwavering commitment to defending al-Quds Al-Sharif and Palestine at political, diplomatic and legal levels in order to safeguard the legitimate rights of the Palestinian people.

In this regards, the King called on the international community to adopt a roadmap to ensure the implementation resolutions of international legality and end Israeli occupation within the two-state solution.

He also highlighted the importance of the actions led by Bayt Mal Al Quds Agency to help the population of Jerusalem and bolster their resilience in the face of the policy of systematic Judaization aimed at altering the legal, historical and demographic status of the Holy City.

The King also laid emphasis on the need to resolving inter-Islamic disputes and shielding Muslim states from divisions at a context marked by the surge of instability in many Muslim countries.

“We should stand up to the parties that are seeking to exploit the crisis in order to foment division or redraw the map of the Islamic world using, to that end, criteria that ignore identity as much as historical facts. These parties have been trying to interfere with the destiny of nations and are putting global security and stability in jeopardy,” The King said.

Similarly, the King called for implementing appropriate development strategies and programs, while making sure national particularities are duly taken into account, and observing the principles of solidarity and cooperation enshrined in the OIC Charter.

In this respect, the King supported the consolidation of South-South cooperation based on trust, realism and mutual benefit, coupled with the proper use of the skills available and an exchange of experiences in various fields, this would “increase our productive capabilities and strengthen our economies, thus enabling us to fulfill our peoples’ aspirations for progress, prosperity and a dignified life.”